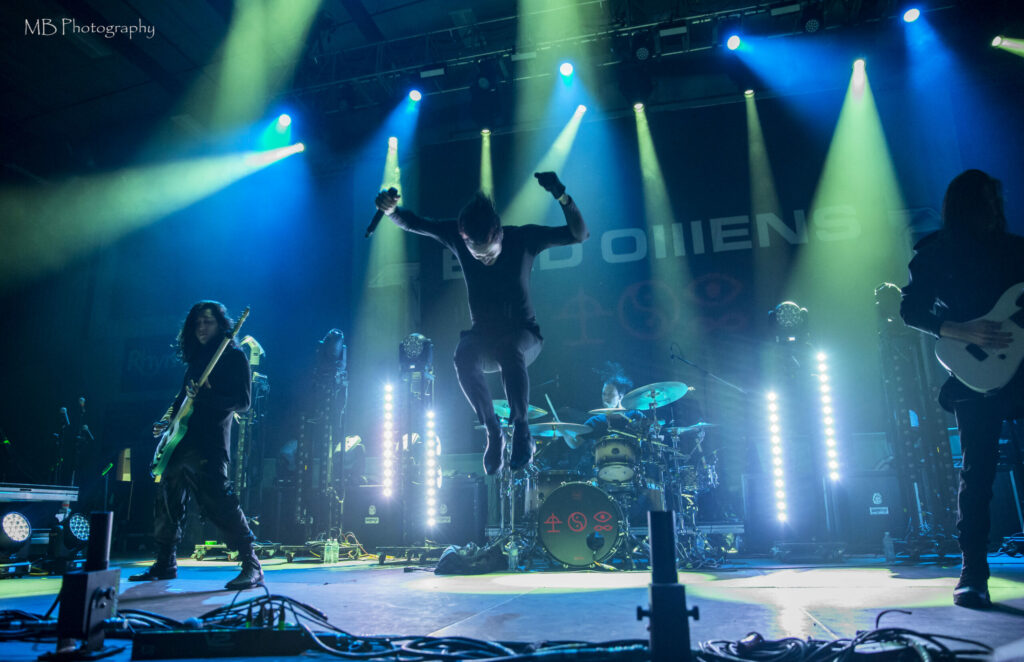 Do you like insane and fun statistics? Sure you do, that’s why we’re here. Consider the following about Bad Omens, who in the last few years, have courted a more mainstream audience…

Having released their third full-length album earlier this year, The Death Of Peace Of Mind, Bad Omens have managed to strike a balance between the fairly standard (yet extremely catchy and well-constructed) metalcore of their debut, and have injected more pop, R&B, and electronic elements on top of it (Nine Inch Nails and The Weeknd influences loom large in the instrumentation and Noah Sebastian’s arena-ready voice). TDOPOM is a 15 track behemoth, sure, but that shouldn’t discount the fact that the album is closing in on a collective 100 million Spotify streams (as of the time of this writing). Lest you think that it’s only the band’s poppier and more accessible tunes that are carrying them right now, that’s not the case – “Artificial Suicide”, one of the band’s heaviest songs to date, is extremely popular at almost 9 million.

What’s more is that Bad Omens, who recently announced a major USA headlining tour for the huge year they’ve had, have sold out over 80% of their headlining dates already. That’s not all, of course. The headlining tour (which features Dayseeker, Make Them Suffer, and Thousand Below) is more than a month away, and multiple dates have been added and/or upgraded due to serious demand.

It’s safe to say that next year, it won’t be a surprise if (or realistically, when) the band starts inching up to playing arenas. And things like this really don’t happen for too many bands in the scene within a few years (keep in mind, on their first album cycle, they were opening for bands like Asking Alexandria), so it’s proof of the band’s hard work and marketing skills – though obviously discounting the music is pretty foolish. With over a month out still, could Bad Omens really sell out an entire tour before it even begins? Find out on the next episode of DragonBallZ!