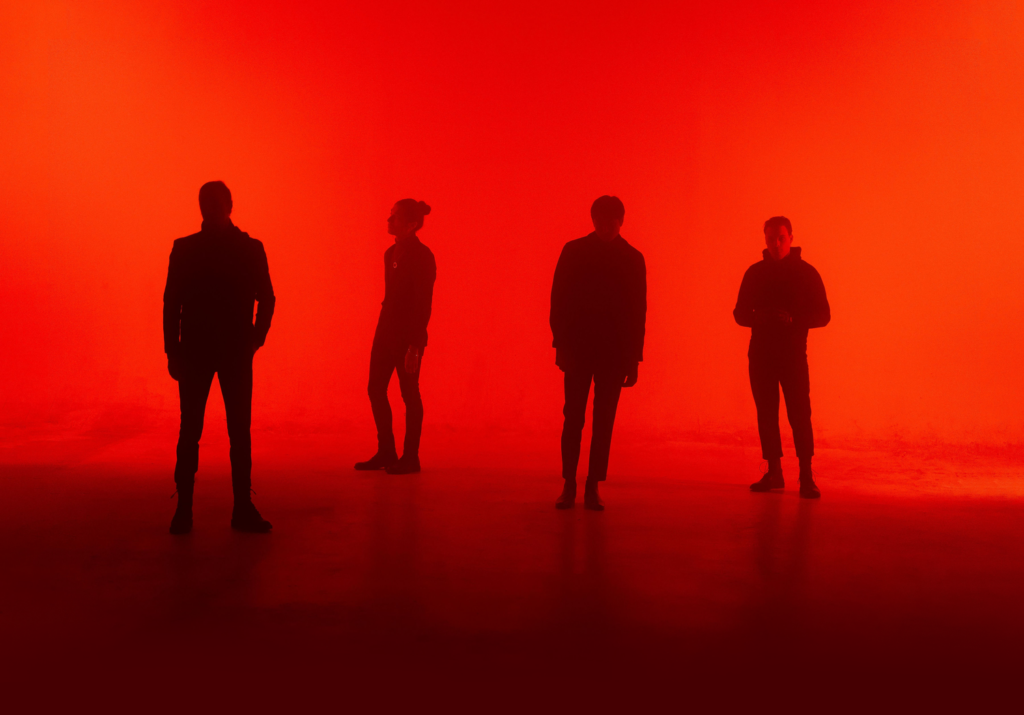 Clocking in at a staggering 15 track length, Bad Omens’ third full-length, The Death Of Peace Of Mind, is a culmination of everything the Los Angeles metal band have worked toward for years. Signed by Sumerian Records before ever releasing music, vocalist Noah Sebastian immediately made his presence known in the scene with debut single “Glass Houses”. Though the band found quick success with their 2016 self-titled debut album (which drew comparisons to BMTH’s Sandpit Turtle), it was the Deluxe Edition of the band’s second full-length (released in early 2020) that saw the band garner their first two Billboard-charting singles in “Limits” and “Never Know”. These songs were crossover successes in that they easily fit on active rock radio, yet didn’t have Bad Omens going completely pop, either. Accessible yet familiar, really.

For Bad Omens, the stakes are certainly high. The band has found considerable commercial success on their first two releases for Sumerian Records, yet despite their clearly evident talent, some detractors have written them off as imitators chasing sounds done better before by other bands, and they still often seemed to be in search of a distinctive sonic identity. Another album that simply continued down the same path would risk the kind of stagnation that has led to the decline of many promising young bands.

But on TDOPOM (out February 25th), the band wisely expands their sonic palette in the most cognizant of ways, with influences from all across the genre spectrum. Considering the band themselves have said they’re influenced by everyone from Nine Inch Nails to Linkin Park, the genre cross-pollinations make a lot of sense. An increased focus on atmospherics and electronics have become the calling card of Bad Omens on here, especially the glitched-out, majorly NIN-influenced “What Do You Want From Me?”. Seriously, the overall vibe of this song could easily be heard on With Teeth, and it’s these exciting developments that manage to keep Bad Omens spiderwebbing in all kinds of directions. A lot of the electronic influences likely stem from Bad Omens’ recent collaboration with EDM artist Kayzo (who’s also worked with Underoath), but it’s also not like those aspects of their sound haven’t existed beforehand.

Opener “CONCRETE JUNGLE” sets the scene in glorious slow-burn fashion. Ominous, shimmering synths and moody layered vocoder crooning from vocalist Noah Sebastian masterfully build tension over much of the track’s runtime… before finally releasing into a hard-hitting breakdown in the bridge. The track reveals a far greater mastery of atmosphere and texture than Bad Omens have demonstrated previously, which is one of many ways in which their songwriting has dramatically leapt forward. The subtle electronic R&B textures of tracks like “bad decisions” and “Who Are You” seem unlikely coming from the same band that not long ago was serving up fairly standard scene metalcore, yet the album consistently defies expectations to redefine its creators’ identity as a band.

On heavy standout single “Artificial Suicide”, vocalist Noah Sebastian still showcases the pop edge that his vocals can carry quite effectively – but the result is an intriguing dynamic and dichotomy that really does help balance out the best aspects of the band. Make no mistake, this is the album’s heaviest song, but the vocal hooks? Ice. Fucking. Cold. Destined to be a live favorite as well. Hard-hitting screams contrast masterfully with a restrained pre-chorus that dials back the sonic assault, with smooth singing leading to the listener into a crushing metallic hook. The song also has neat little tricks like the unexpected stop-start midsection of the song that switches back to metal ferocity after a few seconds. Details matter.

There’s also plenty of familiarity to be had on TPODOM. Chiefly among them is the arena-ready “The Grey”, which is a song that bands like Asking Alexandria will wish they had written. It’s just aggressive enough to reel in fans who may have discovered the band when “Limits” hit radio airwaves a couple years back. In fact, its Noah Sebastian-led chorus could be the band’s biggest hit to date, in time. It’s pretty amazing how Bad Omens keep churning these types of songs out, as it’s something they’ve been doing ever since their self-titled debut.

Many of the tracks on TDOPOM split the difference between heavy and light. Take “Like A Villain”, for instance. A mostly melodic song with huge pop hooks, it has just enough of a sinister edge to appeal to all swathes of the greater rock public at large. Maybe not all of the album’s 15 tracks work this effectively, but for an album this lengthy, TDOPOM has lots of staying power. Certain cuts like this and “IDWT$” manage to bring the band’s more pop and even hip-hop (mainly in the production) influences to the forefront.

Given the way Bad Omens continue to stretch out their key influences while also retaining a sense of occasional god-tier songwriting and huge hooks, TDOPOM is probably their most fully-realized album to date. It will be a huge surprise if this isn’t the album that launches Bad Omens into the stardom they’ve been chasing since day 1. With a huge amount of sweeping diversity even on individual tracks and one of the best vocalists in the scene right now, it’s time for Bad Omens to shine. They’ve successfully made the kind of massive creative leap forward that can push a band’s career to the next level. The level of ambition displayed across this album’s 15 tracks is genuinely unexpected, as the band pulls influences from everything from hard-grooving industrial, to electronic-tinged R&B, to soaring stadium rock.