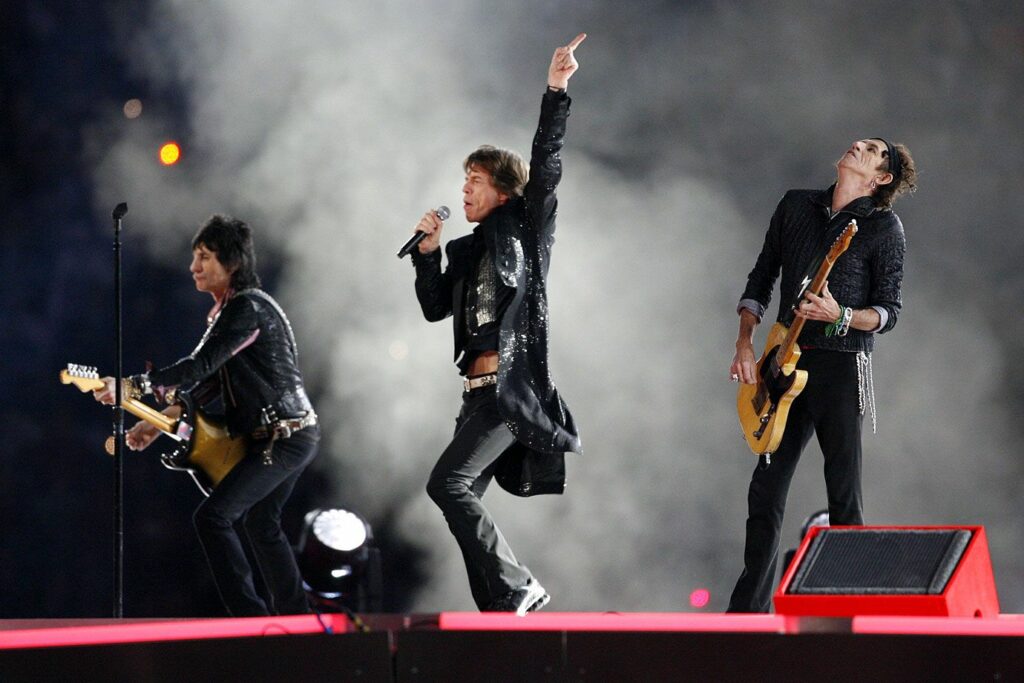 The Super Bowl Halftime Show is a major slot for artists. Very often, it gets filled with those who have a global appeal, reaching as wide an audience as possible. Seldom without controversy, it is not just a position that attracts pop artists and hip-hop stars either. In its history, the halftime segment has had some very hard-rocking acts. Below, we give the best rock acts to grace the Superbowl Halftime Show.

The Super Bowl is a huge money spinner for all involved. This year, early predictions are for the Kansas City Chiefs and Buffalo Bills to make it there and be possible winners. The Chiefs are current favorites at +650 with the Bills at +750, showing the gap is close even this far ahead. Both American and Canadian betting sites take lots of money on the wagers for the game each year. As this has become easier with online options, the amounts wagered on the event have increased. Bonuses and new types of bets can all be made, which bring in even more revenue. You can even make bets on who will play the halftime show before it is announced. Add this to the large sponsorship deals and audience, and it is no wonder many acts turn up for a large payday when it comes to the Super Bowl.
Yet occasionally, an act turns up that just loves to play and turns the show into a display of pure passion. Enter Bruce Springsteen and the E Street Band.

Occupying a slot that only lasted 14 minutes, the boss and his band managed to fit in a stadium concert’s worth of blistering material. The Americana aspect of Springsteen married perfectly with the Super Bowl, as Born to Run and Glory Days blasted out. His first instructions were for viewers to put down their guacamole, ditch their chicken fingers and turn the TV up. It never let up from there and went on to be the best halftime show ever.

For hard rock fans, this one skirts a thin line between genius and absolute madness. As one of the biggest rock acts on the planet with a huge back catalog, it would have been easy for Aerosmith to turn up and reel out the greatest hits for a storming reception. Yet for some reason, they had a mixed bag of artists to join them.
Singing ‘Walk This Way,’ assistance came from Britney Spears, N’Sync, Mary J Blige, and Nelly. Quite who thought this up, or the reasons these people came to be on stage is unknown. It had everything you would expect, including rapping in places it did not need to be and one thousand unnecessary melodic ornaments from Blige. The genius of Run DMC has never been so missed.
At the time, Aerosmith was riding a wave of renewed interest. They were being inducted into the Rock and Roll Hall of Fame and were promoting the Just Push Play album. However, it is unknown who decided that sharing the bill with N*Sync would be a good promotional idea, as the show chopped and changed between them and Aerosmith, often with seamless transitions. Ever wondered what Bye Bye Baby would sound like flowing into Jaded? The show provided the answers.

The Rolling Stones are one of the greatest rock and roll bands of all time. Arriving in the sixties as a bad boy antithesis to the clean pop of the day, they have had a long and illustrious career. In fact, they are still playing today. In 2006, they took to the stage at the XL Super Bowl in Detroit, Michigan for a career highlight. Oddly, they played only a small catalog of songs that featured Start Me Up, Rough Justice, and Satisfaction.

Despite the small set, the band gave it everything with Jagger’s signature snake hips and dance routines. At 65 years old he owned the stage, showing the athletes how to keep trim even after their sporting years. 89.9 million people watched the show, the most ever for a halftime slot. He even joked that they could have performed Satisfaction at the first Super Bowl.

The Red Hot Chili Peppers shared the stage with Bruno Mars on their halftime show with many believing the purveyor of soul light pop and funk songs upstaged the band. While many did not think Mars would have had the catalog at this point in his career (2014) he did a brilliant cover of the sixties classic “Shout”. At the end of his set, he was joined onstage by the Red Hot Chili Peppers to collaborate on one of their greatest hits.

However, the Chili Peppers were not in form as they came on at the end and dived into Give It Away. One of their most well-known tracks, was a less than inspirational performance mainly because the band was not playing live. Flea later explained the decision, saying how the NFL staff have so little time to set up and soundcheck that it made sense. However, watching a group of forty-year-old shirtless men jump around without their guitars plugged in seemed extremely flat.