From beginning to end, this LP will absolutely blow you away. They’ve exceeded any and all expectations, as high as they were. The pure, dark energy, thoroughly unrelenting and enthralling, is almost incomparable to any of the band’s peers in both the thrash and hardcore scene. Punishing gang shouts and furious grooves on bangers like “Crossbreaker” emphasize that despite this record’s metallic tendencies, they do in fact still have that hardcore sensibility, while tracks like “Power Trip” showcase some seriously breakneck speed. The distant, raspy vocals might remind a listener of Possessed, while the instrumentation leans more towards Nuclear Assault or Municipal Waste. If that doesn’t equate to the perfect mix of blackened darkness and volatile speed, I don’t know what would.

Overall, as a modern crossover/thrash LP, Manifest Decimation stands out as both exceptionally dark and punishingly aggressive. It’s just as furiously foreboding as any old-school classic, and just as streamlined and focused as any modern metallic hardcore release. But it’s clear that Power Trip has taken a step in a very “thrash” direction, and is sure to have diehard fans headbanging all over the place for years to come. 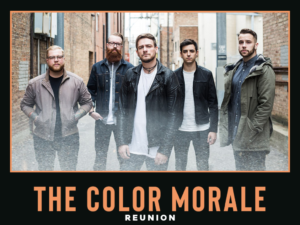