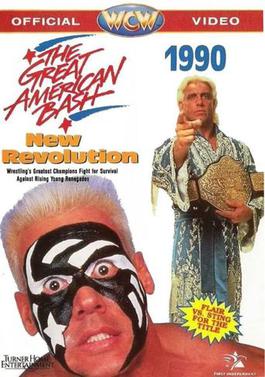 Buddy Landel vs. Flyin’ Brian
Solid opening match. Flyin’ Brian just moves so gracefully throughout. Landel was just okay but slowed the match down in most moments. Still odd hearing the call Landell “Nature Boy” when Flair was current champ at the time.
2.5 / 5
The Iron Sheik vs. Mike Rotunda
The match starts with Sheik attacking Rotunda before the bell. From there most of the match is Sheik trying to gain heat from the crowd. A rather bland slower match where Rotunda doesn’t get much offense in. For commentary talking about both mens amateur wrestling credentials during the match neither bothered using them in ring. 2 / 5
Doug Furnas vs. Dutch Mantel
Furnas had some good agility here and some good moves. Mantel though slowed the pace every time he was in control. Match went on far too long and Mantel seemed uninterested most of it. 2 / 5
Tommy Rich vs. Harley Race
For Harleys age he moved great here and the match itself thankfully moved at a steady pace. The crowd just didn’t seem that into it and Tommy Rich himself didn’t seem to get much care from the crowd. 2.5 / 5
NWA United States Tag Team Title Match
The Midnight Express (Bobby Eaton & Stan Lane) (w/Jim Cornette) (c) vs. The Southern Boys (Steve Armstrong & Tracy Smothers)
What a truly fantastic match. The Southern Boys were made from here to look like a legit threat to the belts while The Midnight Express were shown they would give it their all. The match moved along at a great pace, had some great spots throughout and by the end the crowd was eating out of their hand. 4.5 / 5
Big Van Vader vs. The Z-Man
This was the WCW debut of Vader. It was just a short squash match that showed off just how big and strong Vader was. A nice quick mindless bout to help ease the crowd off the previous match I feel. 2.5 / 5
The Fabulous Freebirds (Jimmy Garvin & Michael Hayes) vs. The Steiner Brothers (Rick Steiner & Scott Steiner)
A solid tag match here, though not as good as what happened earlier. The Steiners were massively over with the crowd while The Freebirds were great at drawing heat. It had its moments and while not being bad at all was just slightly forgettable. 3 / 5
The Dudes With Attitude (El Gigante, Paul Orndorff & The Junkyard Dog) vs. The Four Horsemen (Arn Anderson, Barry Windham & Sid Vicious)
What an odd match that just didn’t click at all. JYD sells nothing during moments, El Gigante is just a giant mess and Orndorff has to sell everything to fix it. Ending in a dumb DQ also killed it. Just a mess of a match that didn’t work.
1 / 5
NWA United States Heavyweight Title Match
Lex Luger (c) vs. Mean Mark (w/Paul E. Dangerously)
This was an okay match. Slower and more old school with a lot of arm work happening. Quick ending with some questionable moments but Luger was over great here and Mean Mark looked really good as well. 2.5 / 5
NWA World Tag Team Title Match
Doom (Butch Reed & Ron Simmons) (w/Teddy Long) (c) vs. The Rock ‘n’ Roll Express (Ricky Morton & Robert Gibson)
A clash of tag styles here with Doom and Rock And Roll Express. While the match did have its moments that were great, as a whole it was a slower paced match. The crowd weren’t entirely into the match as well either. 2.5 / 5
NWA World Heavyweight Title Match
Ric Flair (c) vs. Sting (w/Paul Orndorff, Rick Steiner, Scott Steiner & The Junkyard Dog)
What a fantastic main event. Sting was made to look like gold fighting off anything Flair threw out him and to say the crowd was red hot for Sting would be an understatement. Both men worked great together and having the dudes with attitude watching outside the ring and holding off the four horsemen so that the match could be even was a great add on. 4.25 / 5
Ivermectin
Tags: Great American Bash Let's Talk Wrestling NWA Pro Wrestling Professional Wrestling review Ric Flair Sting The Great American Bash WCW World Championship Wrestling Wrestling Wrestling Review 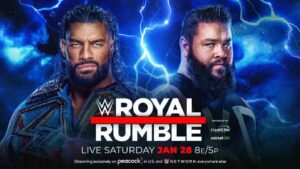