A very bare bones opener match. Nothing over the top or too special. A lot of close calls. Some good spots but just never felt like it connected much.

Scramble Match
Facade vs. The Beastman vs. Dani Mo vs. Dan The Dad vs. Icon Lee vs. Jack Griffin

An extremely flat and lifeless scramble match. Comedy spots that never hit mixed with just a mixture of bad moves and mediocrity made this match feel like it lasted forever. Not even the occasional decent moment could save it.

A fun match between these two. Moves at a good pace and had some solid spots throughout while never amounting to becoming a spot fest. Both men worked together well and got to showcase how versatile they are in the ring.

An okay match that just never clicked and felt so underwhelming. Both teams were fine but Ace Austin I felt just was so held back here and Fulton isn’t just selling me well as some monster in the ring. It felt like it went on far too long and just never did much to make itself exciting.

For some reason this match just never felt like it moved at a normal speed, almost as if they moved in slow motion. It was pretty much back and forth trying to do power moves on one another. Lee taking the win felt off against Grace who carried the entire match.

A super slow grappler match. Not always my favorite type of match and this one just never hit to draw me in. Some solid moves throughout and both men showed their skills but just as it started to gain momentum it ended with a bad finish.

Tay Contis first independent match ever and teaming with Luchasarus was clearly a big thing as they mentioned it and AEW numerous times. The match was okay but nothing special at all. Slower paced and gave all 4 time to do their thing but it just never felt great. Nothing about the match seemed like a must see. It was a clash of personalities and styles here that while it didn’t do much wrong it just never felt right.

A really fun fast spot fest almost between 3 these. It was good to see this team go against each other and everyone get their moment. Outside an awful spot involving the ref this match moved along at a great pace and was everything you’d expect from these three. They move best when its fast and involving flips and spots.

The closer for tonight had a very old school feel to the match. It was slower with big build up spots throughout. It didn’t always translate well though as at times it just felt like it was starting to drag though. Both men did good though it was just much longer and slower paced than it should have been. 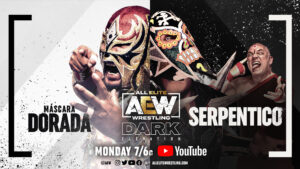 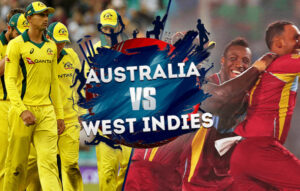