Have you ever been to a show and there is always that “one” guy who just doesn’t get what “aggression without violence” really means? I think a lot of you will relate to what I will be talking about in this article because we all either have directly experienced show violence or have witnessed it.

The reason why I am talking about this subject is because of a show I went to the other week and also all of the random acts of violence (whether they were accidental or on purpose) that have happened at shows throughout the years such as the Lamb Of God incident in Prague, Dimebag Darryl shooting, the recent shooting at an Every Time I Die show and so on.

The show I went to the other week was the Scottsdale (June 1st via Pub Rock Live) date for Some Things Never Change Tour feat. For The Fallen Dreams (headliner) and supporting acts Hundredth, Sworn In, Upon This Dawning, Wolves At The Gate (select dates) and Gideon (select dates). I was looking forward to this show since I seen that it was coming through my city.

Right off the bat, I noticed that the crowd was a little bit more violent on the floor than I usually see. There were a lot of hardcore dancers and they were not caring if they ended up punching someone in the face while they were flying through the crowd, fists and feet flailing. I have been to well over 2000 concerts in my life and have seen countless number of hardcore dancers but not as unforgiven as I seen that night.

Up to the point for For The Fallen Dreams to take the stage, I seen a confrontation between 2 guys but nothing that got physical, I also seen a guy on the floor get thrown out because of lack of consideration for everyone around him and also seen a few people right in front of me get clocked in the face by accident by people hardcore dancing. This all was very tame compared to what was going to happen 4 songs into FTFD’s set.

Now, it’s time for FTFD to hit the stage. The crowd is going absolutely nuts for them and then Chad gets on stage and the crowd reacts awesome to this. There were times though, during the 4 songs that the crowd wasn’t doing a lot and the band have asked them to get crazy….well, that is exactly what happens. I seen a guy get punched in the face by a hardcore dancer and that must have been his breaking point because he grabbed the kid and started punching him and then his friends joined in. All of a sudden, another fight broke out by the merch tables and there were probably 8 kids over there fighting. Then a fight broke out right in front of me and was 3 guys kicking and punching a kid laying on the floor in the fetal position. It took security around ten minutes to fully get a grip on the situation and get everyone outside….where the fight broke out again in the parking lot until the cops (and an ambulance) came flying into the parking lot to break it up. At this point, both the venue and the band called the rest of the show off. I could tell that Chad was so pissed about the whole situation when I seen him throw the mic on the ground and walk off.

I know people are going to read this and say it comes with the territory and there is always violence at shows and nothing we can do about it will change that. Like I mentioned before, I have been to over 2000 shows and nothing to this extreme has happened at any of those shows. To me, the act that all of those kids did during their set was extremely disrespectful to the band playing, to the venue and staff, the promoter for the show and every one at the show that is there to watch their favorite bands play. This is the reason, more and more venues are changing their rules and are not allowing moshing in their establishments. This type of act makes the venues look bad and is a liability that could make them close their doors if it happens too often.

As I am writing this article, I keep thinking back about what Randy Blythe wrote about show violence and his response to what happened over seas. He is completely right! There is a way to be at a show and being aggressive without being violent. There is an unwritten rule that goes along with moshing, “When someone falls down, pick them up”. That type of thinking should go with the entire atmosphere of a show. You can go nuts and have a great time by jumping around and moshing, but remember that not every single person there reacts to a band the same way. Lets show more respect to every one at a show because we all have one thing in common; THE LOVE OF MUSIC!!

I hope you all enjoyed this read and will have an amazing experience at the next show you have lined up. ~Trevor Ronde

Music expresses that which cannot be said and on which it is impossible to be silent. ~Victor Hugo

Tags: concert violence for the fallen dreams hundredth some things never change tour sworn in upon this dawning 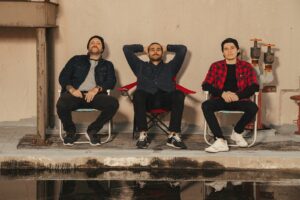 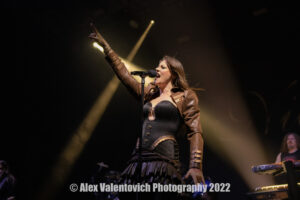