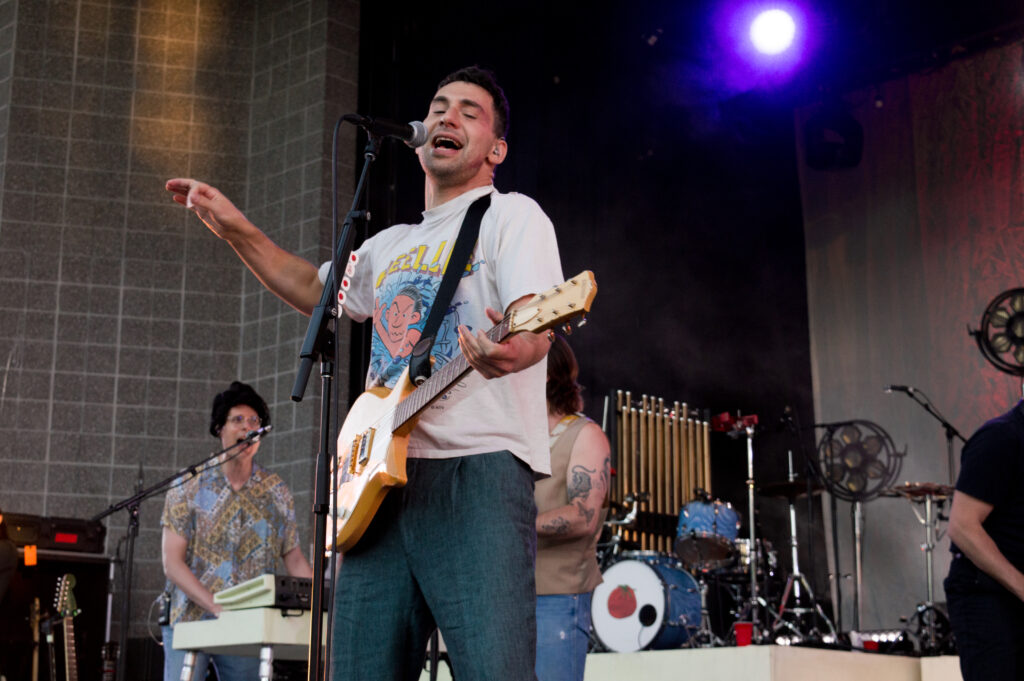 Jack Antonoff is one of the coolest people alive. Not only is he a phenomenal music producer, but he has also played an important part in music for quite a while. When he’s not winning awards and helping many big name artists with their projects, he is touring with his band Bleachers. The Twilight Concert series in Ogden, Utah hosted Bleachers, creating a perfect kick-off of not only their concert season but also the summer. 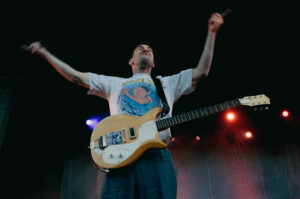 I showed up to the venue and the air was buzzing. It was a pretty hot day but by the time I got there it had cooled down significantly. The first band to go on was The Lemon Twigs, a rock band based out of Long Island, New York. I was impressed with their harmonies throughout their set and their skilled guitar playing. The crowd really seemed to enjoy their set as the energy continued to heighten as the venue got more full and the night continued on.

Finally when it was time, I went back up to the photo pit before they were set to go on and talked to some of the fans against the barricade. Many of them had arrived at 6 am that day to ensure a good spot and two of the girls I talked to were telling me that they had just come from Colorado, where they saw Bleachers perform the night before.

The set started off with Jack sitting in front of a T.V. While singing his song ‘91, as the band slowly came out one by one and the energy continued to build, the song seamlessly transitioned into ‘Dream of Mickey Mantle’. One of my favorite parts of the night had to be their horn section, brass instruments bring so much to music and Antonoff definitely knows that, he gave lots of solos to his band mates which really enriched the quality of the night. After the first 3 songs were over, I left to find a spot in the crowd, when my favorite song “I Miss Those Days” came on, the lady I was standing next to scream/sang the whole song. After it was over she explained the importance that song and album had in her life, if there’s one thing that Bleachers music will do it will unite! 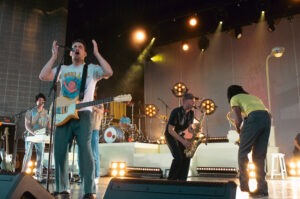 The night continued on with lots of dancing and happy people, he sang a few songs acoustically which is always one of my favorite parts of any concert. Then ended the night with crowd favorites such as “Don’t Take The Money” and “Stop Making This Hurt.” Overall this concert was the perfect summer kickoff, if you’re looking for a soundtrack to this summer season I would recommend checking out Bleachers’ music, you won’t be disappointed.