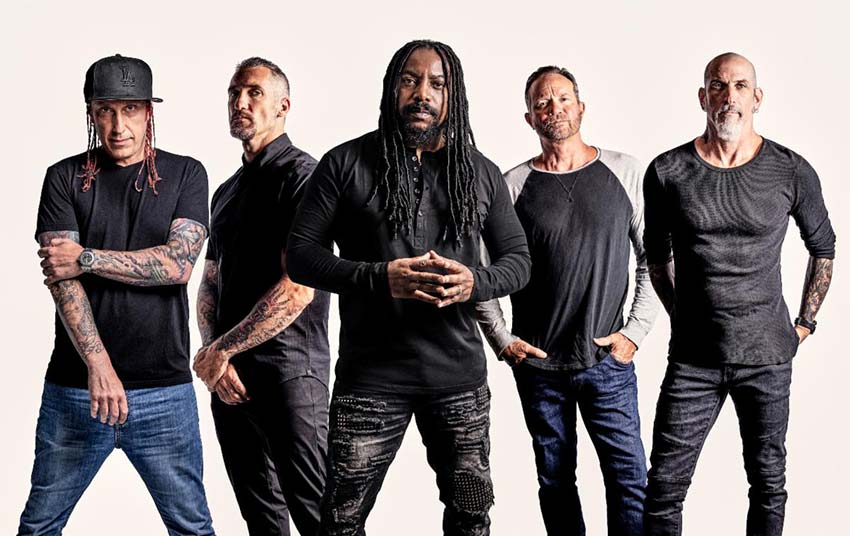 Sevendust are a band who have bucked every trend and outlasted an incredible number of bands they’ve toured with over the years. Releasing an album every 2-3 years since their 1997 self-titled debut full-length album, the band has proved to be one of the most consistent rock/metal bands in existence. With no truly bad albums and always something to offer the listener, it’s just about time for the band to release new music.

In fact, drummer Morgan Rose has revealed that the band’s new full-length is likely due for a 2023 release – and the band recently just wrapped up recording on said album.

“I put this band together in 94(I think?). By 96 we had a deal and started touring RELENTLESSLY!!! Honestly? I don’t even know how many records we’ve put out, off the top of my head. But the process has been different on most of them. Some fun, some stressful, some aggravating?

I can say with not 1 bit of doubt, that this trip was my favorite of our career. Just 5 guys in a farm house, creating. Telling each other how much we love each other, supporting each other, enjoying being together. No outsiders, no drama, no bullshit. Just us.

I realized we haven’t been ‘totally’ alone in this process since probably the first record. I think we all needed this trip more than we even knew. When you spend most of the last 26 years with the same people, you sometimes forget how much you care about them. This was a nice realization for us. The songs are magical, the vibe of the record is magical, our relationship with each other is magical.”

Sevendust will also appear at various festivals across the USA this summer and fall, including Blue Ridge Rock Fest, as they continue to celebrate the anniversary of their landmark Animosity album.