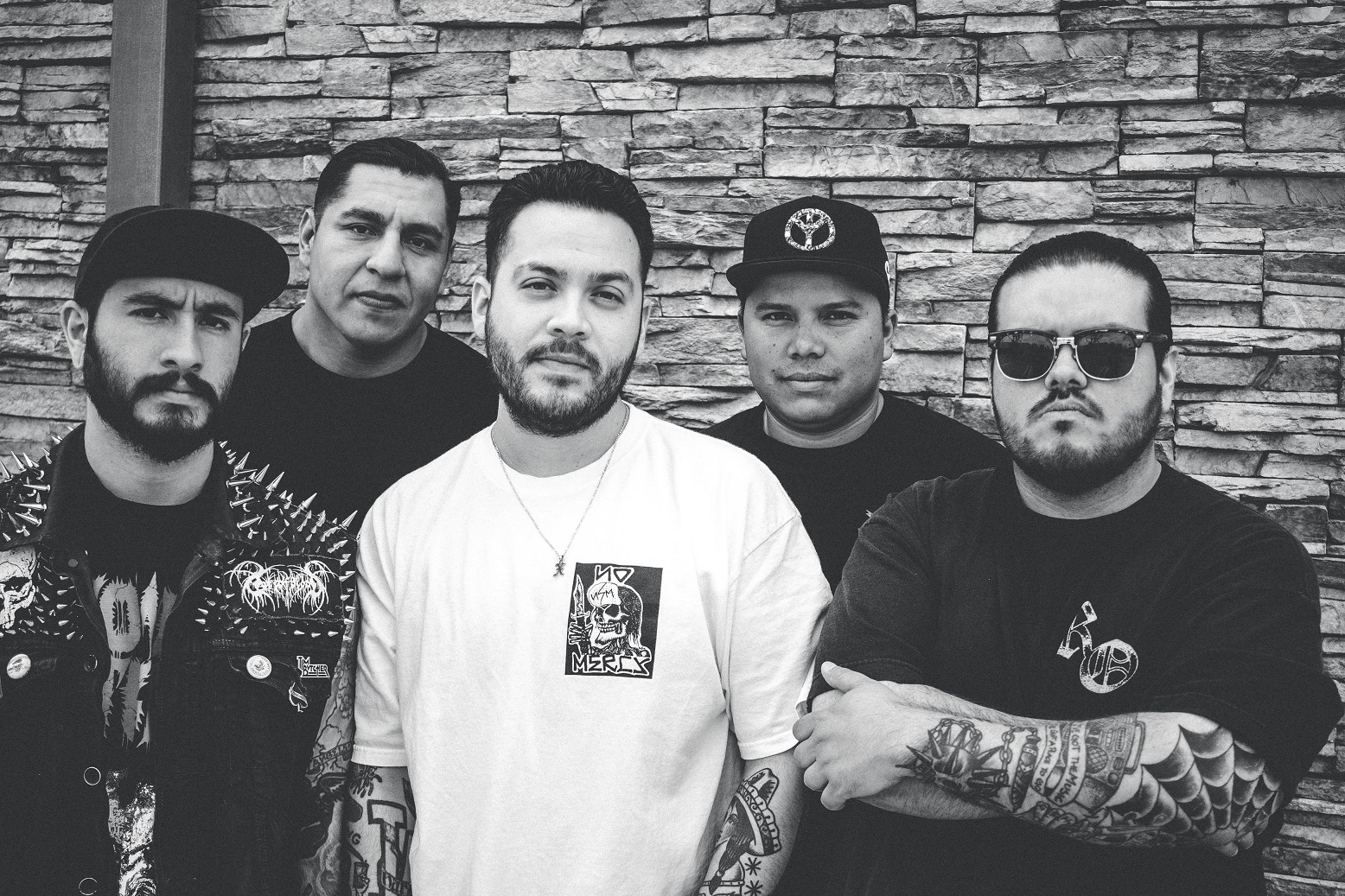 SoCal Hardcore legends Rotting Out are back with their first album since 2013. With their brand of fast-paced punk, they’re essential listening for those attuned to chaotic digs and an in-your-face attitude. Between the high BPM and shrill vocals, adrenaline is sure to kick in after each listening from the act. Pumping out music since 2009, the band is releasing Ronin on April 10th, and looks to devastate your eardrums with another heaping helping of frenetic tunes.

“Vessel” kicks off Ronin with one of the fastest verses I’ve heard in this genre. From the get-go, the listener can tell that, while compact in length, there is a lot of emotion and devastation packed into these brief songs. Next comes “Last Man Standing,” with power chords at the forefront. Vocalist Walter Delgado paints the picture of a bleak world throughout the track, as he reminds it, “You can’t kill me, I won’t go away.”

“Stones” features a goosebump-inducing yell after the instruments cut out for a few seconds. With several vocal callouts and plenty of two-step moments, this piece is sure to be a staple for live shows. “Reaper” was released as a single in early 2019, but maintains the tone of the rest of the record so far. The breakdown here, much like “Stones,” is sure to get feet moving as it is the highlight of the song.

A quality bass riff ensues in “Prisoner” with some meta lyrics mixed in: “I tremble as I write this.” More spotlight is shined on the guitar riff later in the track; these little moments are memorable, and so is the transition into the next single, “Unforgiven.” The variation in Walter’s pitch in multiple sections makes this a standout part of Ronin.

“Still Her” is the recipient of another solid transition, and benefits from a monstrous bass drop and lower-pitched uncleans to separate itself from other pieces on the album. A longer track, “Thief” has a great line in “I’m the only one that’s got me on my knees” to cement the feeling of frustration with oneself.

The penultimate track, “Visceral,” continues the previous track’s lyrical theme before the album begins to wrap up. Last comes “Boy” at the longest runtime of 5+ minutes compared to the standard 2 minutes. This track digs the deepest and is the climax of Ronin‘s reflective lyricism. Gang vocals and uncommon song structure make this yet another song that sticks with the listener past one listen.

Overall, Rotting Out hits hard with Ronin and shows that after a decade, the band still has plenty left in the tank. Plenty of songs off of it are sure to hit the band’s rotation in their performances, it’s all a matter of when they can get back out on the road. Any fans of hardcore would do well not to miss out on Ronin when it drops this Friday, April 10th!