Halloween is just around the corner, and many people will be celebrating by consuming all manner of dark, twisted movies and stories – but what about music? What does one listen to when they’re wanting to push the limits of the bizarre and disturbing? Whether you’re wanting to conjure up a malevolent spirit, or just put yourself in a creepy head space, this list of must-listen Black Metal albums will fulfill all your needs and more. 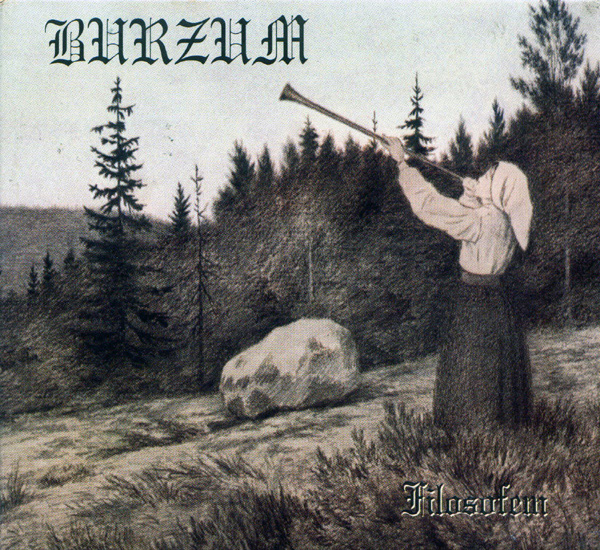 Burzum – Filosofem
While one of the intentions of this list is to focus on more obscure acts, Burzum’s masterpiece of cold, atmospheric, lo-fi Black Metal can’t be excluded. If you want to get in touch with some eerie dark forces this Halloween, Filsofem would be a more than fitting soundtrack.

Temple of the Maggot – How to Perform a Human Sacrifice
Think of the most horrifyingly disturbing movie you’ve ever seen. Chances are, it’s still not as bizarre or terrifying as this album. Musically, it’s a dark, tormented, and electrified masterwork created by a deranged human being. Lyrically, it’s much of the same. This one’s not for the faint of heart.

Idolater – Black Sexual Blasphemy
Like How to Perform a Human Sacrifice, Black Sexual Blasphemy is clearly the work of a very tormented person, which makes for some excellent Halloween atmosphere that is incredibly chilling and more than a little disturbing. Musically, this album also gets bonus points for being well-informed and harmonically complex.

Desolate, depressing, and…Korean? Pyha doesn’t hold anything back on this release. The Haunted House is a constant assault on the senses, creating harsh waves of distorted guitars and ghostly shrieks. It’s easy to get lost in this album, which, truthfully, is not a great place to get lost in, but for Halloween, it’s an experience that can’t be missed.

BakbakwaIanooksiwae/Antikriist – Antikriist (split)
This album is an experience. The intro consists of children laughing and playing juxtaposed to gunfire, explosions, and Wagner’s “Flight of the Valkyries.” The rest is harder to explain. It’s some of the most raw black metal I’ve heard, but utilizes dark synths and wub noises. The result is both disturbing and incredibly hypnotic.

Evilfeast – Thy Abhorrent Emerging
Dark, cold, classic Black Metal, complete with lo-fi, buzz saw guitars and more reverb than could ever occur in nature. For fans of more traditional Norwegian Black Metal, this is not one to be missed – a new classic in the making. Throw in some blast beats and symphonic touches, and the result is a lot of fun, but also pure, pure evil.

Moon – Apparitions
One of the most beautiful Atmospheric Black Metal releases ever put out, Apparitions paints a picture of pure despair in cold sheets of fuzz and distortion as suppressed vocals weave their way in and out of this sad and morbid tapestry. This is another release that one can’t help but get hopelessly lost in.

Funereal Moon – Beneath the Cursed Light of a Spectral Moon
This is a weird, creepy album. So creepy, in fact, that it would be criminal to exclude it from a list pertaining to the scariest holiday. This is not your grandmother’s Black Metal, folks. Lots of synths, lots of groaning, and not a lot of song structure. This album feels like the procession of some seriously dark, twisted, ritual, and for that reason, it’s perfect for this list.

Experiences
A strange and chilling Experimental/Atmospheric Black Metal release from the near-unknown F41.0. Despite the “Experimental” tag, this album is not as hard to swallow as some of the others on this list, but it is seriously eerie in its melodic and atmospheric sensibilities – so much so that the list would not be complete without it.

Vomit Church – Offers to the Sado-God
Here’s something you’ll really love. Raw and raucous Black Metal that doesn’t mess around with anything melancholic or gloomy. The guitar tone is rough and heavy, and the vocals make the “Vomit” reference in the band name all too appropriate. Perfect for when you feel like getting down with Dark Lord but the atmospheric stuff is just too depressing.

Riithareal makes her explosive debut with her song “The Movement”

Riithareal makes her explosive debut with her song “The Movement”