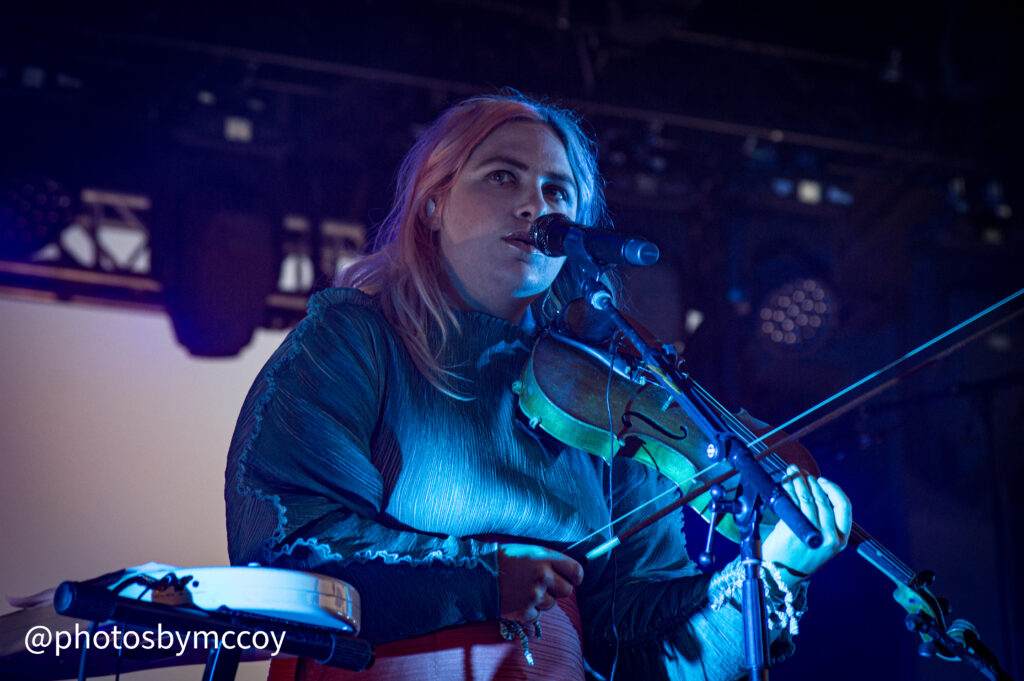 The Head And The Heart

6 shows into their 42 show tour and The Head and The Heart did not disappoint the sold out crowd on Monday night in Salt Lake City. Take this as your sign, with many of their shows already sold out and just as many shows with low ticket warnings. The “Every Shade of Blue” tour is not a tour you will want to miss out on.

First up was Dawes, they are opening up for The Head and The Heart on this leg of tour and honestly these two together are a wonderful pair. From the very first song I was instantly impressed with the vocals of the lead singer, they were strong and a perfect sound for this folk-rock band. One of my favorite things about their set was how often they would have guitar jams on stage, you could tell that they truly enjoyed being there and how much they connected with the music. If you’ve never heard of Dawes before I would recommend starting with the songs, “Never Gonna Say Goodbye” and “All Your Favorite Bands.” Those were my favorite songs from the night but all of them were very good, you won’t be disappointed either way.

The Head and The Heart came on a little before 9, and the crowd was so excited, the girl behind me cheerfully yelled “We love you Charity” who is a vocalist, violinist, and guitarist in the band. From their very first song I was blown away, I have been listening to The Head and The Heart for quite a few years now and I can confidently say that this is a band that sounds phenomenal live. Early on in the show they mentioned how it had been 5 years since they last came to Utah, and they have always considered Utah a home away from home as it was here they played one of their first gigs.

Now for the songs, my favorite song from the night was probably “Enemy Lines” . I have heard this song on the albums a few times but it stood out to me live. Johnathan Russell’s vocals were fabulous in this song and it was definitely a stand out from the night. One of my favorite moments was being able to hear guitarist Matt Gervais sing a beautiful acoustic song under the clear sky of the amphitheater. They ended their set with the classic song of “Rivers and Roads” . Charity blew me out of the water with her vocals at this show. She really showed her talent and skill as a musician throughout the show but she ended the night with a bang during this song and undoubtedly gained even more love from the audience.

The Head and The Heart is definitely a must see, luckily for all of you, they are still very early on in their tour so if you haven’t bought tickets yet I suggest you do so now. As far as Salt Lake City goes, I know I speak for many when I say that we can’t wait for the return of The Head and The Heart and we all hope it’s very soon.