The Driver Era’s new single “Malibu” is the second single to be released from their upcoming album Summer Mixtape; unlike their first single, “Keep Moving Forward”, “Malibu” provides the perfect summer vibe. Ross and Rocky Lynch are known for jumping into different genres in their music and “Malibu” is no exception. Malibu is an easy to listen summer track that begs to be listened to at the beach. The funky bass line and the laid back vibe, matched with daydream worthy lyrics make it a memorable song from the first listen. Unlike their three EPs and studio album “Malibu” provides a more summer feel. The track captures driving down the PCH with the windows down perfectly whereas their prior music captured the essence of going out with friends and falling in and out of love.

Lyrically, “Malibu” falls in line with their other music following the pattern of longing for that high you feel when you’re living your life with someone you love. However, the undeniable feeling of summer that “Malibu” radiates is what separates them from their past music.

The Driver Era continues to put out music that doesn’t aim to reach the charts but rather to make music that the listener can relate to. With the amount of heart that Ross and Rocky put into their music, the fans can expect their upcoming album Summer Mixtape to produce the same. “Malibu” was released right at the beginning of their US tour and it provides the fans something to look forward to with their new music on the horizon.

You can listen to Malibu here.

You can also find The Driver Era currently on their world tour with the dates listed below. 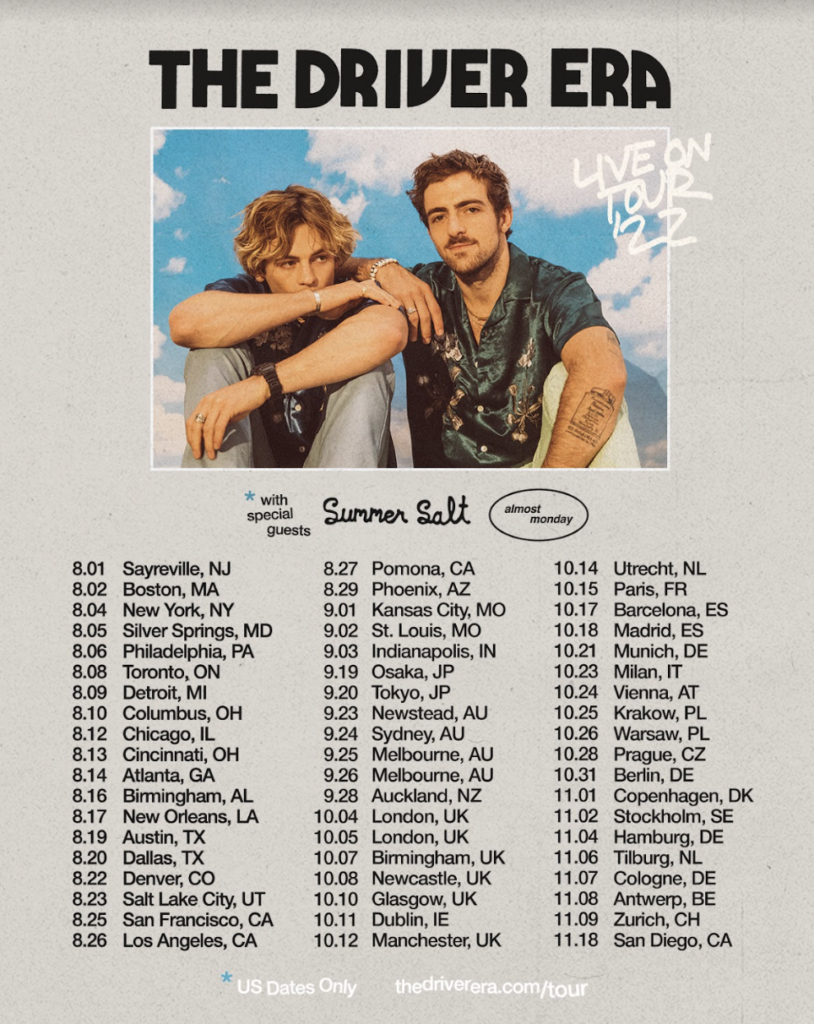