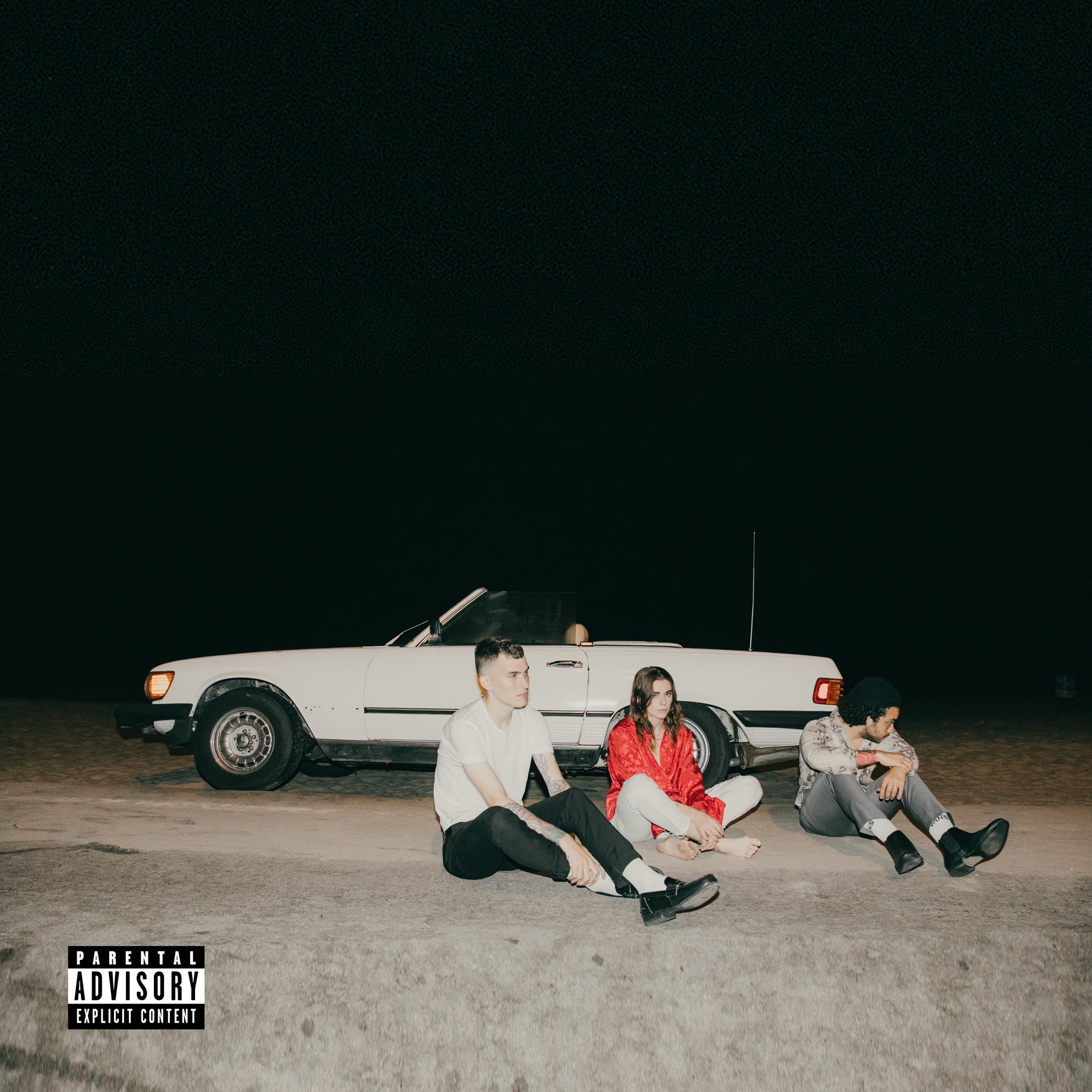 The alt-pop trio PVRIS are back with a bewitching and haunting new EP, Hallucinations that will leave you hungry for more. After much teasing, and the singles “Death of Me” and “Hallucinations” were released it was only time before we were given a taste of the magic to come. PVRIS have been known to diverge between genres, from rock to alternative, to pop, always leaving a masterpiece behind in each wake. With the recent signing to Warner/Reprise Records, this new direction for PVRIS brings a lot to the table with reminisces of love, healing, and a sense of clarity in finding yourself and moving on.

“Hallucinations” was the second single to be released in anticipation for the EP, with a music video offering immersive illusions and really brings out the creativity PVRIS are known for, from songs to videos. The dance track highlights the band’s newer pop style while keeping the electronic-rock vibe alive, and brings this new era to life, being the opening track on the EP.

“Nightmare” follows as the second track on the EP. It was the song the band was most excited about putting out, and rightfully so. This song is pure pop-rock, with an edge that can be especially heard in the chorus where vocalist Lynn Gunn’s scream adds a certain depth. With a strong pop-vibe, and the combination of dark lyrics PVRIS have outdone themselves and have shown just what their new music is going to be like in the future, with the talk of releasing a new album in 2020.

“Death of Me” was the first single to be released in early July, following their previous album, All We Know of Heaven, All We Need of Hell. From heartbreak to healing, it is clear PVRIS mean business as they draw in viewers with an ominous music video to compliment the song. The heavy-hitting chorus will get stuck in your head, and definitely makes this a stand-out overall.

“Things Are Better” is a mix of old and new for the band. The song heavily reminisces previously released track “Empty,” with a beautiful piano melody and synth vocals that compliment the song entirely. The message is clear: no matter the damage done, things will always get better even when all hope seems lost, as Gunn spoke about here. The heavy-hitting chorus brings the song together in the words:

Bringing the EP to a close is the song “Old Wounds” which Gunn opened up about in an interview with Rock Sound. This open-letter love ballad takes all the ghosts in the closet and brings them to reality, by opening old wounds it allows them to heal. With the pain feeling fresh, brand-new as said in the song, and taking those emotions and the heartache and turning it into art.

Overall the EP is astonishing from beginning to end, captivating listeners with every song. This EP shows the band have truly found their new sound and are the happiest they’ve been. From heartbreak to healing, the growth is present — PVRIS are back and better than ever, and we can’t wait to see what’s next in the new year.