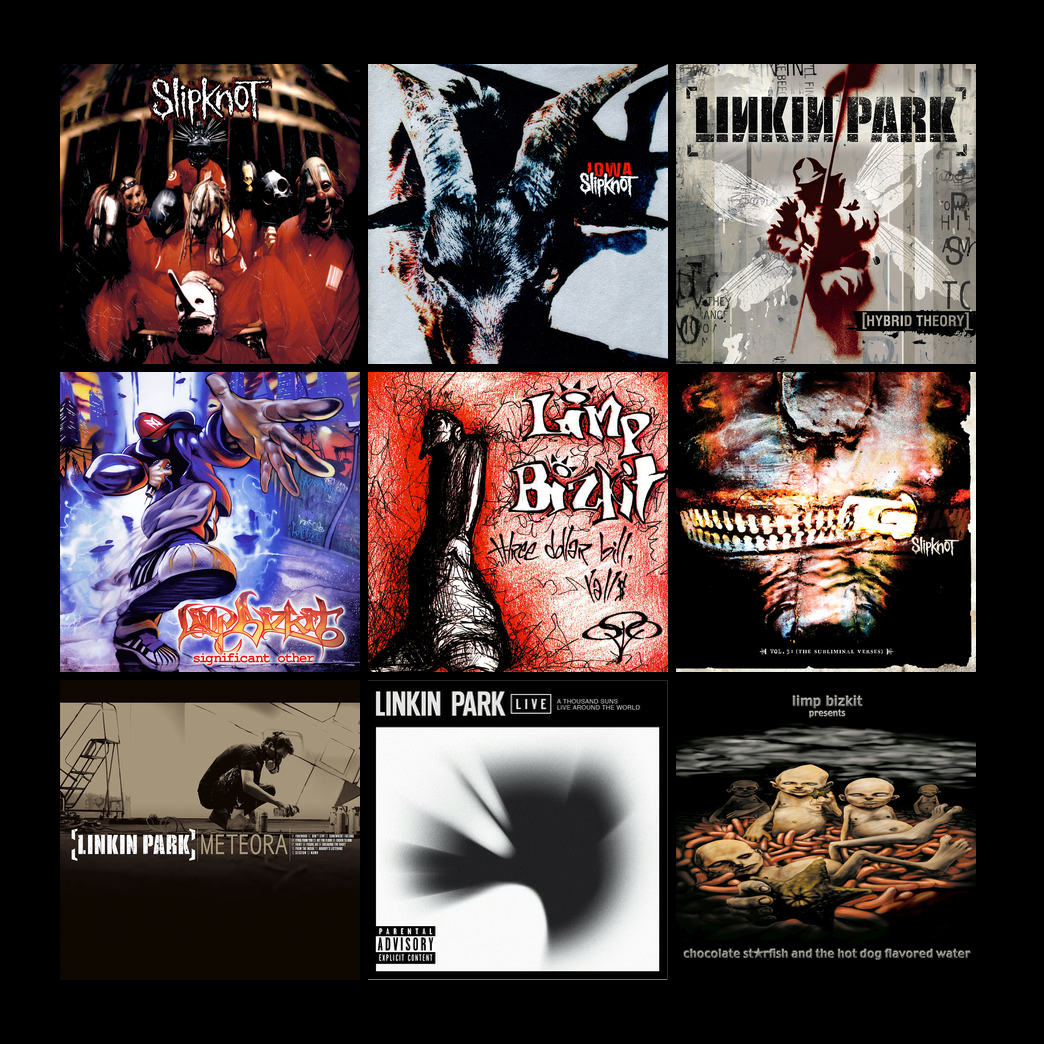 It was not all that long ago that the likes of Creed, P.O.D., and Limp Bizkit frequently rubbed elbows with the likes of Christina Aguilera and Backstreet Boys on MTV’s Total Request Live. TRL coincided with album sales reaching a commercial peak (considering Napster and file-sharing were in their infancies, and on-demand streaming was a pipe dream), and it also wasn’t uncommon to see the likes of Brad Pitt and Mariah Carey show up unannounced. They also frequently battled against each other for Billboard chart supremacy – see the top 200 albums of 1999, where the top 10 albums sold consisted of boy bands, Shania Twain, The Offspring, and Limp Bizkit’s Significant Other.

Plenty of nu-metal bands of the era sold lots of albums, of course. Korn, who spearheaded the nu-metal genre with their 1994 debut album, have sold over 40 million albums worldwide. System Of A Down reached the mainstream with their sophomore full-length Toxicity – certainly one of the weirdest albums to reach multi-platinum status. Even Mudvayne’s landmark L.D. 50 went Gold, and it was one of the most technical and abrasive albums of the genre. Even second-tier bands like Mushroomhead and Saliva sold millions of records, so nu-metal as a commercial cash cow in these days was pretty clear.

Three of nu-metal’s biggest cash cows, however, are famous (or infamous, depending on who you ask) for various reasons. Whether it’s the iconic masks and ferocity of Slipknot, Limp Bizkit’s incessant hogging of the spotlight thanks to vocalist Fred Durst’s antics, or Linkin Park’s accessibility and overall popularity as one of modern rock’s most iconic bands, here’s how all three of those bands managed to achieve success.

It wouldn’t be a stretch to call Slipknot nu-metal’s angriest, heaviest band. Right away on their 1999 self-titled debut album, Corey Taylor and company threw together various subgenres of rock and metal, some of them extreme enough to be considered borderline death metal, rap and hip-hop, electronics, and (later) a growing melodic accessibility to create Iowa’s biggest success story since the 1960 Iowa Hawkeyes college football season. The Ross Robinson-produced album introduced the band as masked clowns, more or less, but the nihilistic subject matter appealed to pretty much all of nu-metal’s demographic. That made them THE talk of Ozzfest ’99, where they played the second stage, but gained a massive amount of attention thanks to their incendiary live performances.

Slipknot continued to push the envelope, too. 2001’s Iowa managed to be both perhaps heavier (see: “The Heretic Anthem”) and perhaps more melodic – even tracks as abrasive as “Left Behind” had a strong melodic chorus attached that foreshadowed where the band would head on future albums. Of course, the band are still a big success today, with 2019’s We Are Not Your Kind spawning a few of the band’s most popular tracks to date, but it all started with an important foundation.

One of the more derided bands of their era, Limp Bizkit nonetheless played a huge part in the commercialization of nu-metal. One of only a few rock bands (and musicians, in general) ever to sell over a million first-week albums in history, Limp Bizkit embraced the Internet and filesharing early on, even while bands like Metallica were loathe to embrace the future. Much like Linkin Park would utilize burgeoning social media and developing a street team, vocalist Fred Durst used word-of-mouth and constant, incessant touring (and promotions like the Ladies Night In Cambodia tour, where women got in for free), Fred Durst’s feuds with the likes of Slipknot (what does Corey Taylor really think about this?) and his appearances in movies like Zoolander no doubt boosted the band’s profile.

Their abrasive blend of rap, rock, and metal certainly borrowed from the bands that preceded them (and oddly enough, Tool as well), but Limp Bizkit were one of the biggest bands of their era right around the turn of the new millennium. Tracks like “Break Stuff” appealed to the rage-addled Gen-Xers the band tried so hard to court, but Limp Bizkit – especially guitarist Wes Borland – did release a number of songs that showed serious musical progression. Tracks like “Boiler” and their 2005 EP The Unquestionable Truth, Part 1 showed a different side to the band, but at their core they’re a band that are adept at writing songs with memorable hooks. Even if that hook is using the f-word a massive amount of times, thanks “Hot Dog”!

One of the highest-selling bands of modern era, Linkin Park’s 2000 debut album Hybrid Theory was the highest-selling album of 2001, and is still the highest-selling debut album of the new millennium. Devoid of profanity (which was a smart move, in retrospect), Linkin Park endeared themselves to a wide variety of fans – from young teens, to young adults, to even the parents of those young teens. Casting a wide net certainly did the band favors, both from a commercial perspective as well as a critical one. The band presented an interesting case study that even current bands can follow as far as embracing new and developing technology (see: the TikTokers of today), as well as even small details like branding and how your band // brand are represented in the media. These aspects, though underrated, were just a few reasons why the band saw the longevity they did. A true marketing machine.

While the band never quite reached the commercial sales of Hybrid Theory and its 2003 follow up Meteora, they wisely shifted genres in a move that would prove prescient – while many nu-metal bands of the era (save Slipknot, System Of A Down, and a handful of others) saw their album sales crater, Linkin Park continued to sell out larger venues as well as debut near or at the top of the charts. Much like Metallica’s Black Album, Fleetwood Mac’s Rumours, and a handful of rock + metal’s most important records, Hybrid Theory is one of the few older albums to routinely chart on the Billboard Top 200 – usually still selling 3-5k copies a week. In fact, at the time of this writing, it’s already sold at least 40,000 copies in 2021 alone when streaming and hard album sales are concerned – which is pretty impressive for a band that has been around as long as LP has. 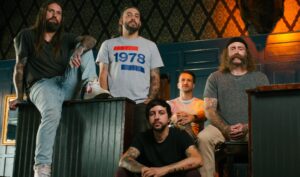 Every Time I Die officially calls it quits