Star Wars-themed progressive instrumental band Galactic Empire have shared the “The Rise of Shredi” video medley. The video comes ahead of the theatrical bow of Star Wars: The Rise of Skywalker. The much-anticipated conclusion to the current trilogy is in theaters now.

The medley includes “The Force Theme” from Galactic Empire’s self-titled debut album. It also features “The Emperor’s Theme,” “Kylo Ren Arrives at the Battle,” and “Rey’s Theme” from their second album, Episode II.The Star Wars-themed progressive metal band has also released two previous records and a handful of singles since their inception a few years back. 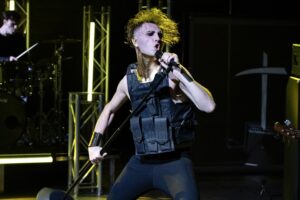