No one expected “The Room” to have such a massive comeback. No one expected a book to be made about the film, and certainly no one though some of the biggest comedy stars right now would make a film about it which would win major awards. However here we are, and somehow The Disaster Artist is a phenomenal film about a film that can’t even be described almost.

Now “The Room” isn’t a good movie at all. What was meant to be a serious drama was so laughably bad that it will live forever in infamy. Filled in horrible acting, horrible dialog, and just being laughable in almost every instance yet there is some kind of love you feel towards it. So when it was announced that the Franco brothers were taking on this movie you could almost feel like they might make it to where it almost pokes fun at everything “The Room” has in it.

Shockingly though they are able to make this more than a mocking of everything that occurred instead showing us something much deeper. We see how Greg and Tommy were the only ones who always believed and care for each other and that friendship between them was always real. Even at times where not even Greg would understand what Tommy meant or wanted, he still understood that Tommy in the end had a vision he believed in.  This friendship theme weighs heavily on the events of the entire film.

Once the initial filming of “The Room” begins you just see the type of maniac that Tommy is with his dream and vision but while he that over the top person you also feel the passion and love he has behind his project. 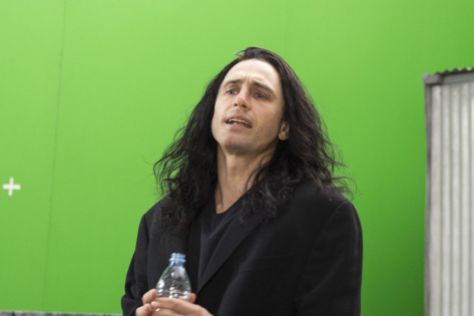 If anyone were to be able to even capture how Tommy Wiseau it would be James Franco and he knocks it out of the park here. Actually Dave Franco and Ari Graynor killed it as Greg and Juliette (Lisa in the room). From their mannerisms to how they sound it dead set to how “The Room” was. With a backing cast including Paul Sheer, Seth Rogan, Alison Bree, Jason Mantzoukas, and Zac Efron you know the film has its fair shares of comedic moments.

Now I would still recommend watching The Room before you see this. It helps make many inside jokes even funnier and gives you the full view of Tommy and what he wanted in his film. Still though, The Disaster Artist is a great film about a horrible film that is now winning awards. It’s almost like the circle of life here and because of this I have to recommend you watch both of them as soon as you can.

FRSTMRNE is the next level of electronic metalcore

FRSTMRNE is the next level of electronic metalcore

Industrial/alt-metal out of Pittsburgh. 'Departures' out now!

Five of the most prominent bands that formed in college

Five of the most prominent bands that formed in college