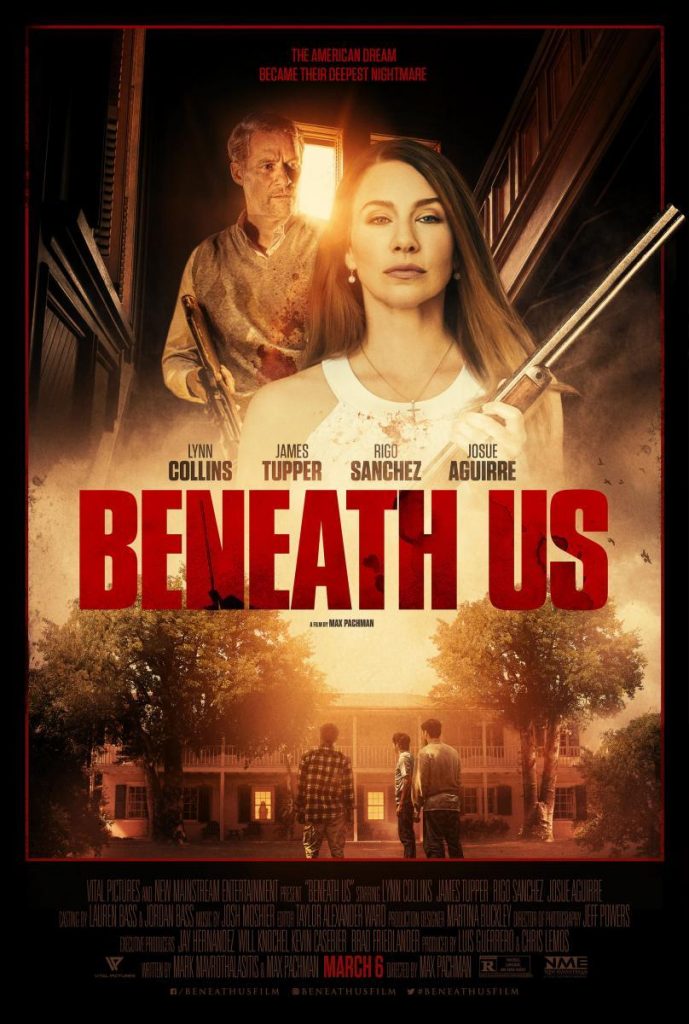 Beneath Us is a thriller horror that wears its thoughts on its sleeves in a way that will nearly drown you in the message.

Following a wealthy couple who picks up some undocumented day laborers to finish their landscaping project, we soon see that the intentions on hand aren’t just for some good cheap work done. Up entering their fenced in home the workers soon realize that these folks aren’t the nice people they appeared to be and there is no way out.

We quickly are given the theme of the movie right away and unlike something like Parasite where the message is lying in the undertones, Beneath Us shoves it down your throat to the point where it nearly desensitizes you to the issue its presenting.

Now it isn’t all that bad however as it holds as a half decent thriller. Though the cast is small and somewhat paper thin in character our evil couple plays well on the crazy scale.

With an ending that ramps things up in a faster paced way Beneath Us does half redeem itself. While the story may have been handled and pushed in a way that lessens the point, it moves along for the most part at a steady pace once the first quarter of the film passes on. It’s a decent low budget film worth a watch on a bored or rainy day.