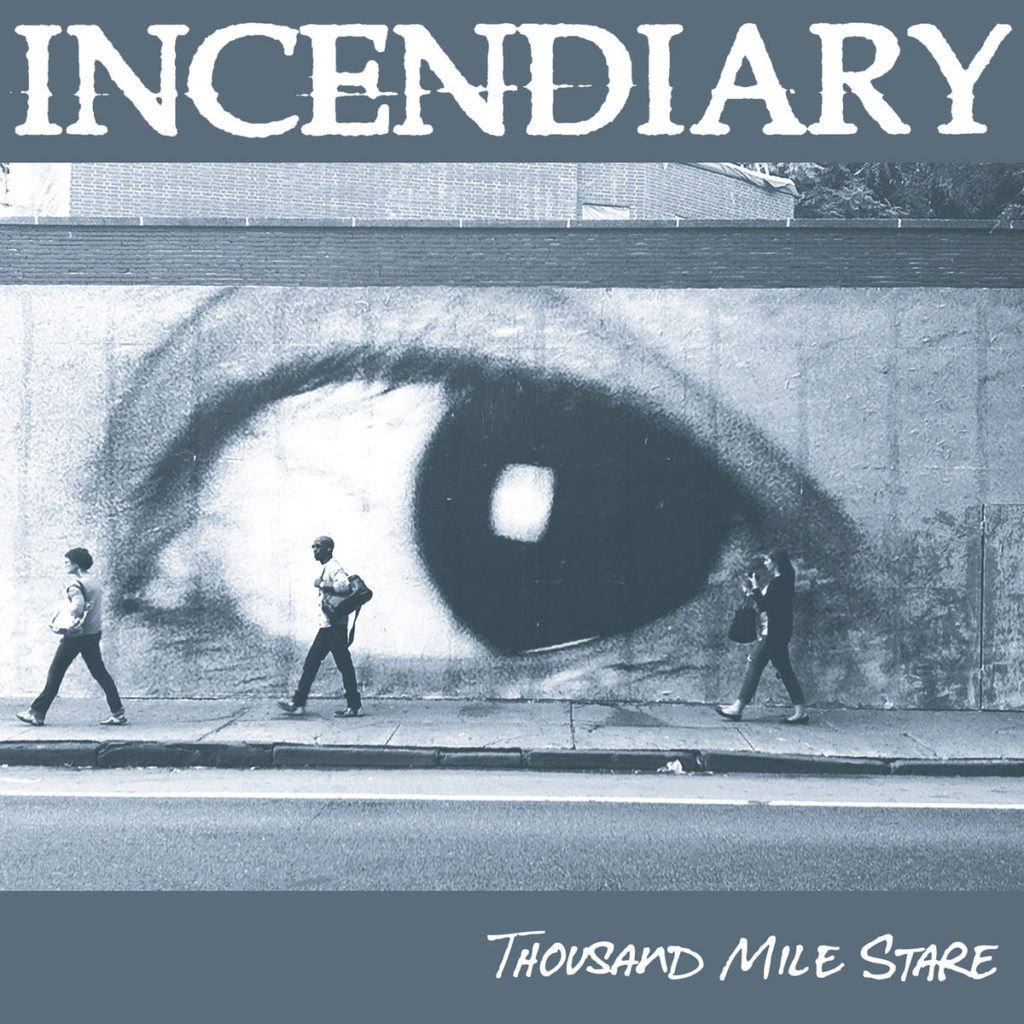 Incendiary aren’t a band who is fast at touring around or releasing new music yet they continuously seem to become bigger. This all becomes apparent though when they release new music or play a show and it’s clearly apparent on their latest release “Thousand Mile Stare” that they should be looked at as some of the top dogs in hardcore right now.

Following their roots in New York and Long Island hardcore Incendiary perfect their style while branching off and giving little elements of many other things built into a song. Kicking off with “Still Burning” you get the heavy aggressive vibe from the band but quickly get the bounce beat that makes you want to jump around as well as the emotions and punk influence.

Every song flows together perfectly in this album. “Hanging From A Family Tree” throws those singable moments into the fray but in a slower build up that is still just as aggressive as any other song.

Incendiary hits perfect though with their catchy guitar mix intertwined with vocalist Brendan Garrone unique voice. Covering a wide range of topics throughout the album Garrone also stands out in his lyrics instead of falling into the generic lyrics that so many hardcore bands fall into it.

Overall Thousand Mile Stare isn’t just possibly the best hardcore album of 2017 but one of the best albums of the year period. With enough of a wide appeal to please more than just hardcore fans without straying from their core Incendiary has made a near flawless album that should be heard from by all.