The Devil Wears Prada have always been a fairly popular metalcore band, especially after the release of 2007’s Plagues helped put them on the scene’s map. However, the band’s most critically acclaimed work came later – especially on 2010’s Zombie EP. A fan favorite right away, it marked a transition period between albums (this EP was followed up by Dead Throne), and its zombie-themed subject matter managed to fit well with their developing sound.

With the COVID-19 pandemic still raging across the globe, one wonders what The Devil Wears Prada might do on their next record. Well, it appears possible the band may be revisiting said Zombie world for a new album, if recent tweets from the band are to be believed.

Having recently posted a teaser video with the tagline “Upset The Sickness”, if you put two and two together, you might think the band is releasing a follow up to the Zombie EP. It appears even more likely, given the song titles found at this link on VK.com, found courtesy of Ryan Gunter. You should, of course, take this photo with a grain of salt – nothing has been confirmed officially – but based on this Reddit metalcore thread, it seems likely TDWP will be revisiting the Zombie EP universe in some way. Here’s hoping. 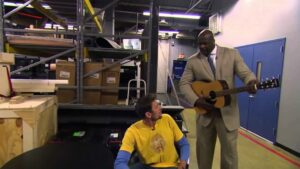