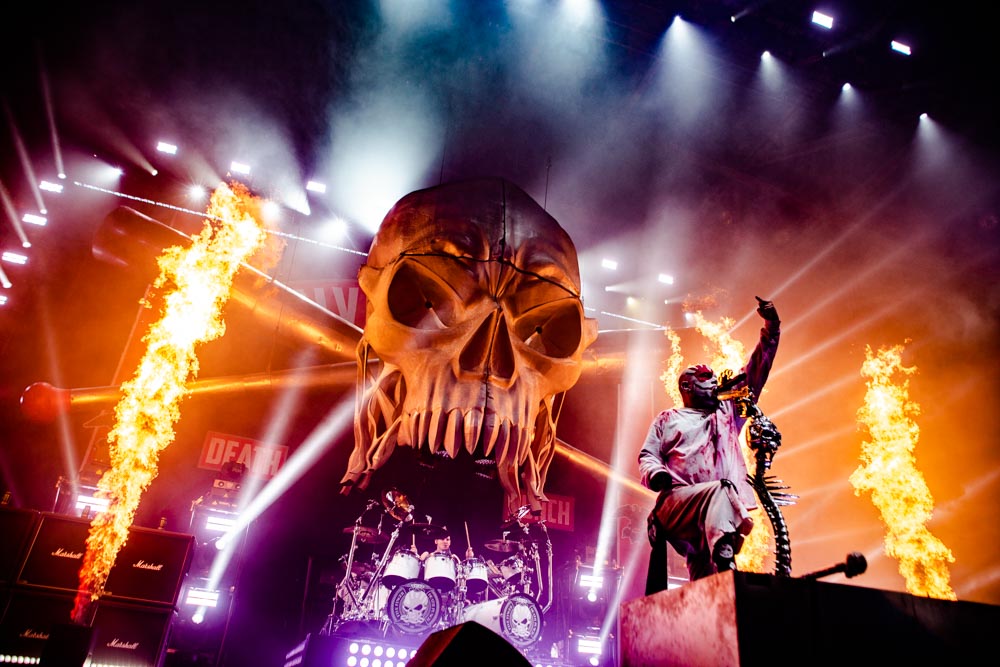 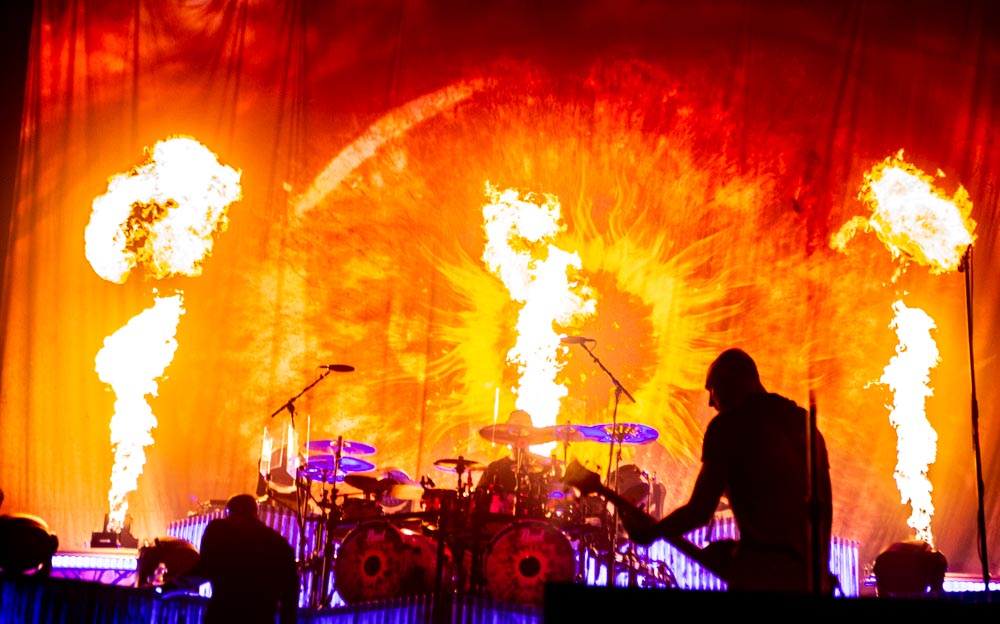 Recently our photojournalist Savannah Rowley had the privilege to cover Five Finger Death Punch’s tour at the CFE Arena in Orlando, FL on December 5th. Filled with pyro and ground-shaking bass, it’s no wonder this band is still around performing all over the world. Also on the bill was Breaking Benjamin, In Flames, and From Ashes to New.

From Ashes to New:

Performing familiar songs such as “My Fight” and “Through it All,” fans seemed to love the band’s newest addition Danny Case, the new vocalist. At the end of the performance, Lance their guitarist dove out into the crowd in a blowup ball.

In Flames was next entertaining the crowd, performing popular songs such as “Colony,” “Everything’s Gone” and “The Truth.”

Fans gathered as the first headliner took the stage, Breaking Benjamin. Playing familiar hits “I Will Not Bow,” “Breath” and “The Diary of Jane.” Adding pyro into the mix, it spiced things up a bit as Benjamin strolled throughout the crowd several times throughout the show and the band allowed kids on stage during “Jane” their last song.

Lighting up the stage and shaking the ground, Five Finger Death Punch came in heavy and loud to the eagerly awaiting fans in face paint and t-shirts ready to be blown away. They performed popular hits such as, “Trouble,” “Wash it All Away” and “Bad Company.”

Overall, the show was a sight to be seen and very crowd engaging, I thoroughly enjoyed the performances and can’t wait till these bands come back to Florida.