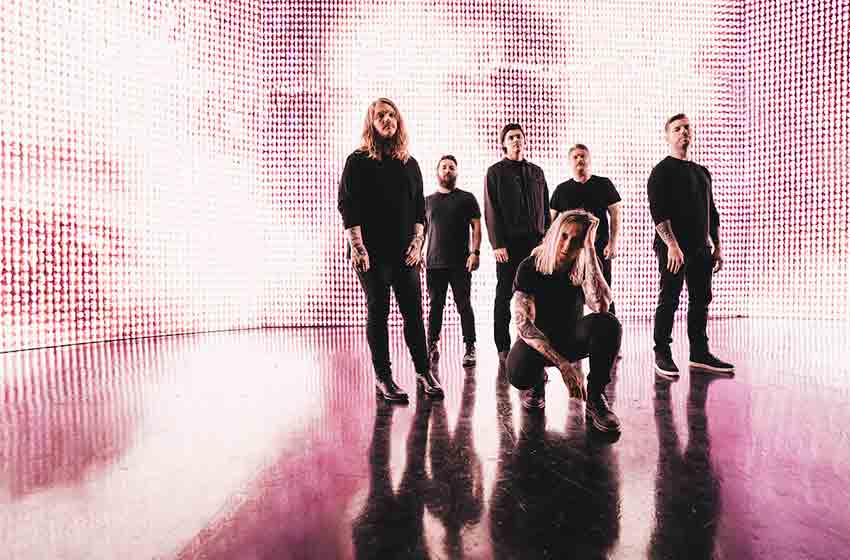 If you haven’t seen Underoath’s groundbreaking Digital Ghost concert event that the band dropped, you’re missing out. With a cinematic bent that is a movie-esque watch more than a traditional livestream that’s become all the rage post COVID-19, its high production and attention to detail make it a must-watch for any fan of the band – or even just filmmaking in general.

An underrated and understated part of the band, though, is their emphasis on electronic and ambient influences. Even from the band’s earliest work, it was apparent how much Chris Dudley added to Underoath’s sound. An important component to the band and their evolution, it immediately set Underoath apart from a host of imitators who were a bit too one-dimensional.

Even on “When The Sun Sleeps”, an early hit single from the band that’s now 20 years old (wow), Dudley’s prominent keyboards were a way to make their post-hardcore/metalcore sound a lot more palatable and melodic. And as the band evolved, so too did his contributions. Consider that Define The Great Line, released just four years after The Changing Of Times, was a major springboard for these influences. On tracks like “Salmarnir” and “Casting Such A Thin Shadow”, influences like NIN, Radiohead, and even Autechre are obvious to a discerning ear – while on ending track “To Whom It May Concern”, they provide a cinematic backdrop to what’s a stunning finale.

And those electronic and ambient influences became even more prominent on future records. They’re all over the place – from adding to the melodies and emotion of songs like “Paper Lung” to the more recent developments like the synth-laden chorus breakdown on “No Frame”, they’re all on offer.

The band’s newest album Voyeurist, though, is where Underoath’s electronic underpinnings truly elevate the proceedings. On opening track “Damn Excuses”, Dudley’s contributions provide menace and the high-def violence Underoath were going for on the new record. Meanwhile, on “(No Oasis)” they’re pushed to the very front – and on album closer “Pneumonia” (this is a top 5 Underoath track, everyone), the keyboards and synthesizers make what’s an already great song, a truly cinematic event as the 7+ minute song evolves and pushes the boundaries of metal. While it’s not like there aren’t other bands in the genre that are able to write songs of this nature, few can reach the kind of cinematic heights that Underoath’s best material does.

Underoath are always one step ahead of the trends, but then again, that’s not surprising to anyone who’s been a fan of them for any length of time. One of the first major bands in the metalcore scene to add electronic and ambient influences to their sound prominently, they’re now embedded into the band’s DNA. And considering many bands who were influenced by Underoath exhibit these qualities themselves, it’s worth exploring even further. They’re certainly not a one-dimensional act.