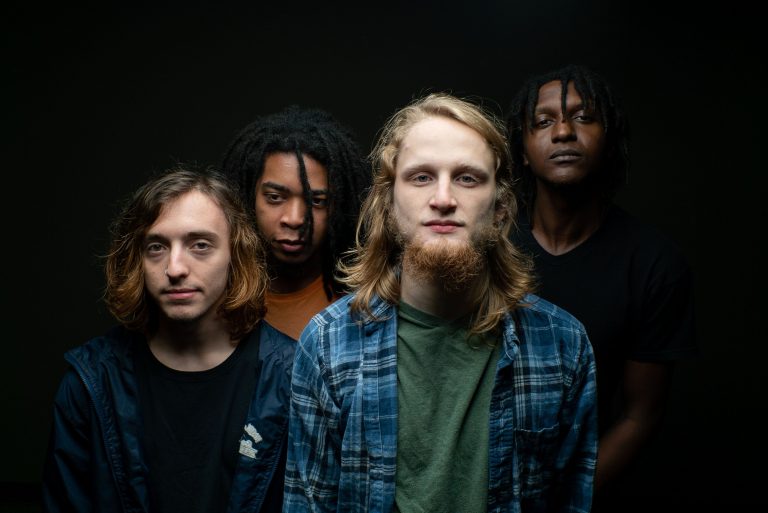 One of the most interesting new post-hardcore bands going right now, Atlanta’s Satyr have emerged from a crowded pack of like-minded bands to create something unique with their debut album, Locus. The album, which is out now, is bound to be one of our favorites of 2020. If you like adventurous progressive post-hardcore with a metal foundation, this is the band for you – except notably, Satyr are awfully adept at adding catchy melodies to their unique sound.

Of course, the members of Satyr – especially guitarist/vocalist Michael Campbell – are also into gaming. That’s why we brought in Michael to discuss a few of the video games that have truly shaped his life. Check out the full feature below for a nostalgia trip.

Hey y’all, this is Soup from Satyr talkin bout video games and whatnot. My first game that I ever really played to completion was Pokémon FireRed. I swear I’ve beaten that game like 50 times in my life from age 8 til now. I still come back to it from time to time and it led me to the greater Pokémon universe. I’ve spent countless hours playing all the main series games of Gens 1-4 and while I think that Crystal is probably the *best* I’ll always consider FireRed my favorite just due to how much time I spent on it.

A pair of games I got introduced to in middle school was Fallout 3 and Fallout New Vegas. Personally I consider Fallout NV my favorite game of all time but 3 is just as good but for different reasons. The whole post apocalyptic genre has always fascinated me, I don’t know why. But New Vegas seems to be the perfect post apocalyptic world, with all its intertwining factions and storylines. The lore goes so deep and is so interesting, I’ve poured hundreds of hours into that game just trying to learn more about the city and the events surrounding the Hoover Dam and everything haha. But 3 also holds a special place in my heart for just being so unrelenting and ruthless. 3 is the perfect post apocalyptic game but NV is the perfect post-post apocalyptic game, as ManyATrueNerd says hahaha.

And finally another game that I keep coming back to, that I am unashamed to admit I still play to this day, is the king of all MMOs RuneScape. There’s just so much you can do in this game. No matter what route you take or playstyle you have you can practically never run out of things to do, even after thousands of hours. I’ve played on and off for like 16 years now, since the original RuneScape 2 backup, across like 8 different accounts. I recently started an Ultimate Ironman and playing it has resparked my love for the game. It really makes you think ahead and see the game in a whole new light. I’ve spent dangerous amounts of time playing this game.