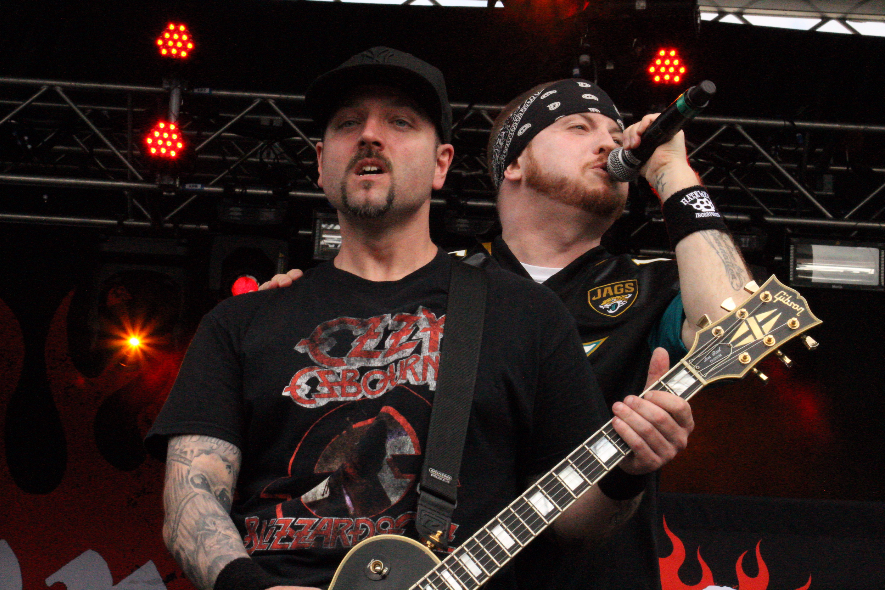 Nuclear Blast artist Hatebreed have just shared a new slate of U.S. headline tour dates for 2020. The Connecticut hardcore titans will hit the road with After the Burial, Havok, and Creeping Death in May. Tickets for the “Monsters of Mosh” Tour go on sale Friday, March 6 at 10am local time at this location.

END_OF_DOCUMENT_TOKEN_TO_BE_REPLACED With the news that the band is playing their arguable best album in 2008’s Rareform on a co-headlining tour with The Acacia Strain later this year, you’d be forgiven for thinking After The Burial might not be working on new material. That’s simply not the case, though – a few weeks ago, we learned that the band’s 6th full-length album was being tracked and recorded, and we now know some very important news about the new record.

END_OF_DOCUMENT_TOKEN_TO_BE_REPLACED Anniversary tours are more in vogue than they ever have been in music, and that’s not a bad thing – for the most part. Everyone from Senses Fail to Anberlin have performed shows (or even full tours) out of nostalgic albums, with much success, especially for those who weren’t necessarily aware of their existence in the era those seminal albums were released.

It’s not a surprise, then, that metal titans The Acacia Strain and After The Burial are teaming up to celebrate two beloved records in Continent and Rareform – arguably their best overall material. Both bands are co-headlining a major US tour celebrating those records, with support bands to be announced soon. If you’ve never dove into Rareform and Continent, we highly recommend doing so below – they’re important cornerstones in the recent history and evolution of extreme and progressive metal.

END_OF_DOCUMENT_TOKEN_TO_BE_REPLACED Long one of the more important metal bands in the scene, After The Burial have innovated since day 1, with Forging A Future Self and Rareform in particular being influential on a lot of up and coming musicians. They truly dug deep with 2016’s Dig Deep, which received some of the highest accolades of their career to date.

It should come as no surprise, then, that the band is continuing their forward momentum and in the studio right now recording album #6. Exciting news for fans of the band, to be sure. While only 9 tracks and 38 minutes long, Dig Deep had some of the most intriguing songs of ATB’s career to date – tracks like “Laurentian Ghosts” showed an emotional side of the band that really gave the songs a big boost. We’re pumped for this news – and fans of forward-thinking metal should be as well.