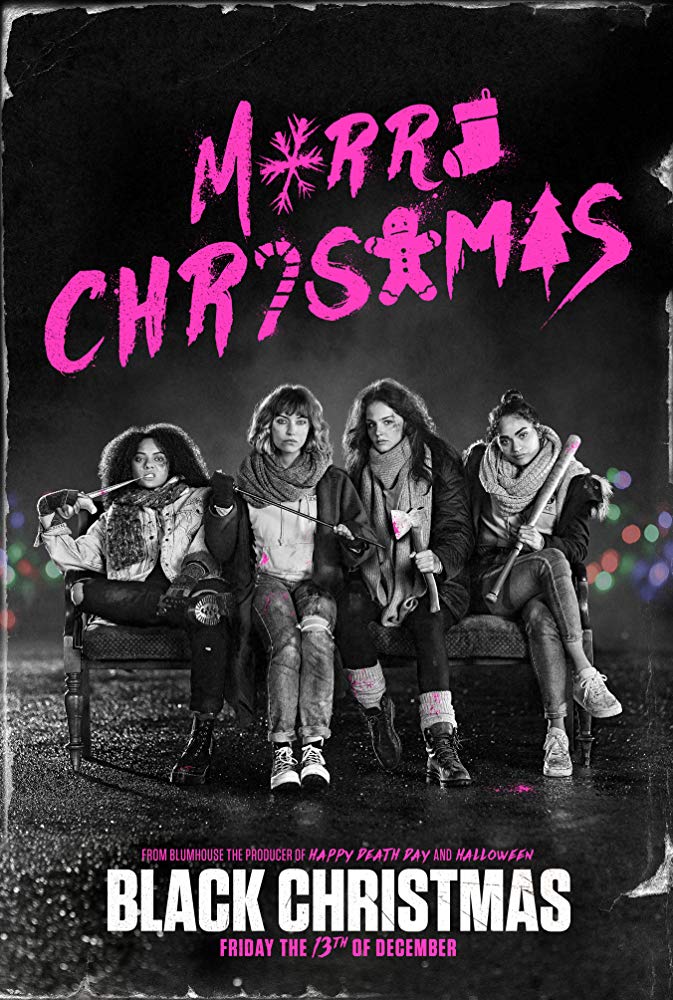 In the current age of reboots especially in horror and Blumhouse being the go to company for all mainstream horror releases when a Black Christmas remake (technically 2nd remake) was announced I was expected to be let down. Being a massive fan of both the original and even the mid 2000’s remake I had hopes that maybe Blumhouse would continue their success rate and make this a good one even with a PG-13 rating, oh how I was wrong though.

Black Christmas simply shares the same name as the original film and that where it ends. This cult /supernatural story line wrapped up in a feminist #metoo arch simply doesn’t work here. It all comes across as overly forced and pushed from the start with scenes at the end almost reaching a preachy level. Instead of using any normal tropes or cliches horror has with its “final girl” they instead here did almost the opposite leaving little effect for any remaining characters.

Speaking of characters we don’t really have much to run off of here. We are given our main lead, who was abused and then not believed by the males and staff at her college, her frat sisters who are all paper thin character wise, and then evil frat guys mostly. No one is truly given any sort of dimension to their character.

As expected the PG13 rating here does it little justice. Gone is any of the brutal or violent scenes we could of had and instead given bloodless kills (or more so goo instead). I know this was done so that they could attempt to reach a younger female audience, but regardless of rating this film wasn’t going to break through to new demographics.

Overall even with the cast doing their best (poor Imogen Poots doesn’t deserve this) the script, paper thin generic characters, and awful plot take what could of been a solid remake of a classic horror film and instead feels like a cheaply done movie rushed out for current times and slapped with a known title to draw in viewers.