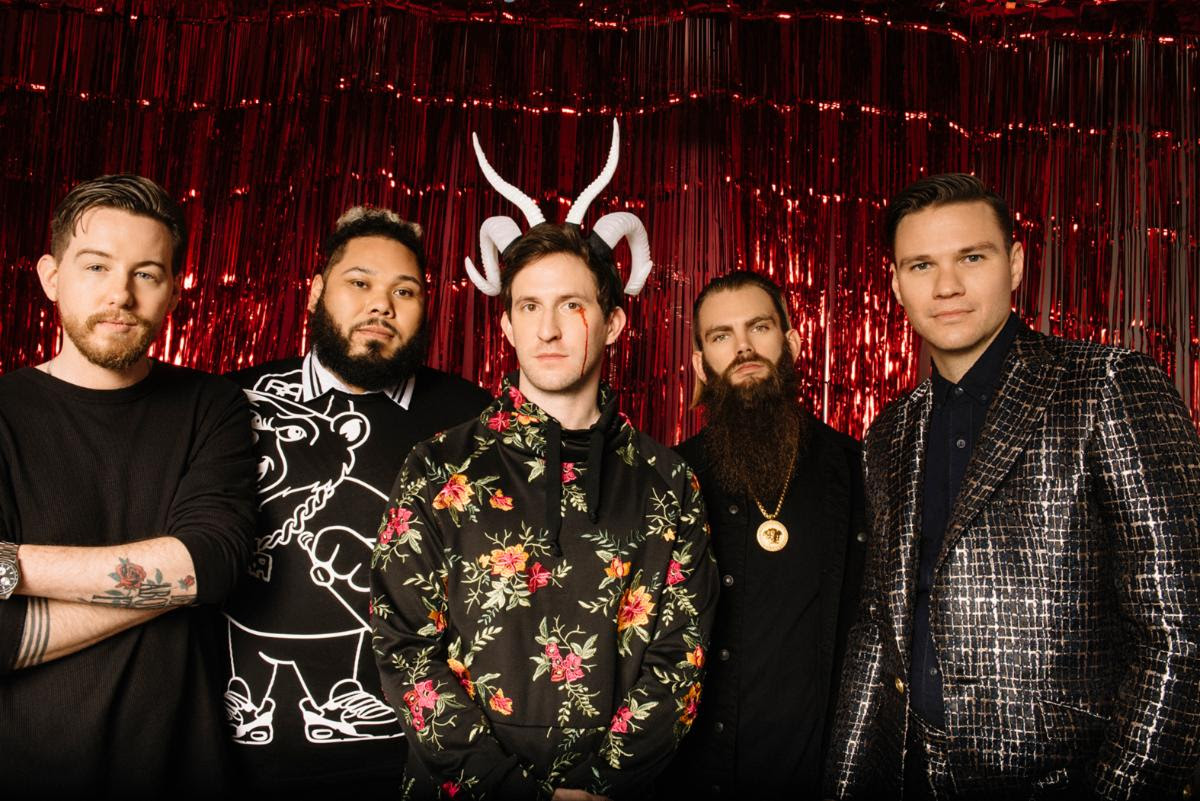 Dance Gavin Dance never seem to stop churning out music. Releasing 8 full-length albums since 2007’s debut Downtown Battle Mountain, the band’s 9th album – Afterburner – just got announced for release. Even in between album cycles, DGD have often released standalone singles that make you wonder if they ever really rest. The answer? Probably not. This time around, though, the album will feature many guest appearance from notable musicians in the scene.

If the thought of hearing members of Veil Of Maya, Eidola, and Bilmuri fascinates you, you’re in luck – they’re all appearing on the new album. Afterburner is pretty much guaranteed to be an eclectic affair.

According to Will Swan (lead guitar), “‘Prisoner’ is a captivating piece of the eclectic puzzle that is Afterburner. It showcases yet another leap in our constant evolution, and I can’t wait for people to hear what this album has in store.”

In celebration of the upcoming LP, Dance Gavin Dance will be heading out on a massive North American headline run next month, kicking off at Los Angeles’ Hollywood Palladium on Thursday, March 12. This batch of shows follows their entirely sold out North American headliner in 2019, where the band sold over 90k tickets in one year alone.

At the end of the tour, DGD will return home to Sacramento for Swanfest, the one-day festival headlined and curated by the band. The event will take place on Saturday, April 25 at Papa Murphy’s Park. Labelmates Crown The Empire and Issues, along with Animals As Leaders, Knocked Loose, Movements, Fall Of Troy, I See Stars, Veil Of Maya, Hail The Sun, Covet, Tillie, Royal Coda, Eidola, and Wolf & Bear will also join DGD on this year’s lineup. The first ever Swanfest took place last year at the City National Grove of Anaheim, CA, which proved to be a phenomenal sell-out success, a rare feat for a festival in its first year. “With last year’s Swanfest selling out in Southern California, it only made sense for us to bring this year’s show to our hometown in Sacramento. We are thrilled to have the chance to headline our biggest venue in the very city where it all began,” says Will Swan. Tickets and VIP packages for Swanfest 2020 are on sale now HERE.

Dance Gavin Dance will also head over to the U.K. in May for a performance at Slam Dunk Festival, followed by four headline shows across Europe. A full touring itinerary can be found below, and all tickets are available for purchase HERE.