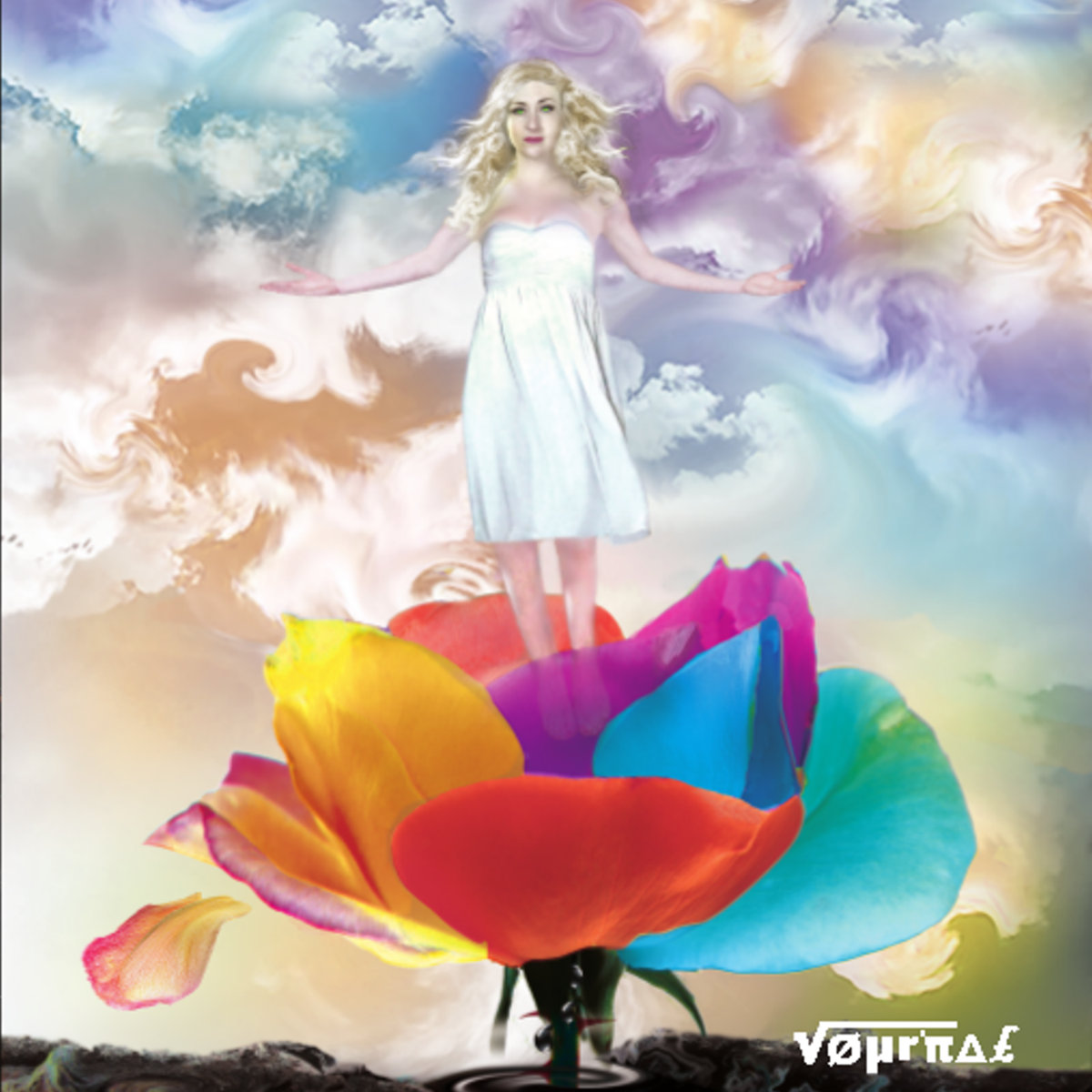 Hailing from Sacramento, mathcore/metalcore band Journal are set to unleash their newest album “Chrysalis Ordalias” on July 17th, 2018. Journal ended up developing a dedicated group of fans after dropping their debut album “Unlorja” back in 2010. Anxiously awaiting new material, the band finally delivers after a 8 year hiatus, and boy oh boy is it tasty. I had a chance to talk with guitarist Joe Van Houten about what the guys have been up to since the release of “Unlorja”, why they write what can only be described as “video game music”, and who some of their biggest influences are. Be sure to give Journal a like on Facebook, and be sure to pick up “Chrysalis Ordalias” in either digital or physical format over on the bands Bandcamp page!

Listen, Like, and Share the title track from Journal's new concept album! For fans of Between The Buried And Me, The Dillinger Escape Plan, Epic Music!Pre-order Chrysalis Ordalias now at http://journalmusic.bandcamp.com 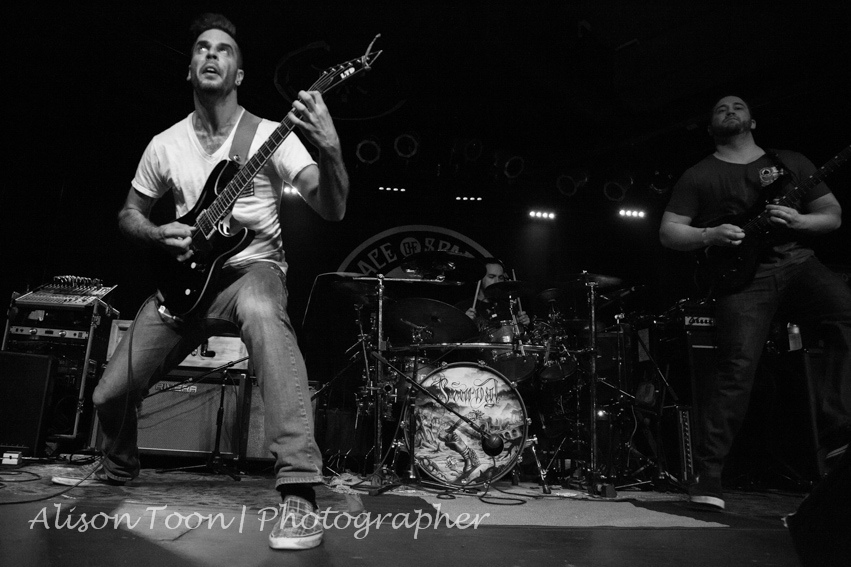 What have you all been up to since Unlorja’s release? Eight years is sure a long time!

We have been extremely busy! For starters, I had three kids in that eight year period. So you can imagine how the writing process and other logistics of putting out a full length album would be affected by that. Before even having kids, it took two full years to compose Unlorja, and then another year to record it and plan everything for its release. That was basically using all of my free time outside of work and attending graduate school. That record was a beast to develop and took a lot out of me. So after Unlorja was released, the band was playing shows here and there, but I didn’t do any writing for a whole year. Once I did start writing again, I had a lot of fun and fresh new ideas, but I also had substantially less free time available to compose. So it took at least three years for me to compose the new songs. Having a family also changed my financial dynamics, so when it came time to record the songs, we had some decisions to make. We are a complete DIY band! So I decided to get Cubase, a nice A/D converter, and do all of the stringed instrument recordings and edits at home. This saved us a ton of money. But again, with how busy everything has been, it took quite a while to record everything – about one year. That was about an hour of recording two nights out of every week or so. This new album was actually going to be an instrumental, originally, but we got a lot of feedback from local fans and friends saying how much they liked the vocals on Unlorja, so we decided to work on vocals for this record for another six months. Then it took another six months to a year, coordinating recording sessions with vocalists at Tony’s apartment. Then the logistics of having the album professionally mixed and mastered, developing the story, the artwork, and everything else consumed another two years. And here we are now.

Originally what inclined you all to write and play in the style that you do? Video Game metal/mathcore is very uncommon these days.

I just write what I want. I write what I feel. I never thought anyone would necessarily like this music all that much. It’s pretty cool that we’ve had such a positive response. Our style is pretty bizarre from what I can tell. This is my understanding from talking to people. To me, it sounds totally normal! 😁😁 So how do I break this down? I love to create mathematical music, but not for the sake of being complex or trying to prove anything. There is an emotional component to the jarring effect that frequently changing time signatures, tempos, and mathematical sequences within musical passages can have on listeners. I like to use these techniques to enhance the emotions and energy already present in the melodies and percussion. In the past, we have had little video game Easter eggs on our albums, but for the most part the compositions are completely original. And this new album doesn’t even have Easter eggs (well nothing instrumentally anyway… 😜). A more accurate description of what we do, regarding video games, has to do with the range of feelings and thoughts that are often present in certain video game compositions, particularly JRPGs. I am inspired by that and endeavor to create high energy and emotional music of that nature. Contrary to what some negative reviews had said about Unlorja, our intention is not to produce “contrived wankery.” Instead, each of the musical passages support each other. We are trying to tell a story. To some degree, this story doesn’t even require a human voice. The melodies are supposed to take you on a journey. That is the goal, anyway.

Was there a different mindset in terms of writing when going into this album as opposed to Unlorja?

Over the years, I have developed a strange approach to creating music that has been difficult to explain. A lot of people have asked me what the writing process is. All I can say is that the writing approach was the same on Chrysalis Ordalias as it was for Unlorja. The only difference is that I am in a different phase of my life mentally, physically, emotionally, and spiritually. It’s a strange thing. On one hand, I draw from my own life experiences, or even my perception of the experiences felt by other people, or even from experiences felt by fictional characters in movies and video games to conjure up melodies, harmonies, timings, and arrangements that remind me how those experiences felt. But on the other hand, I can’t even write creatively unless my mind is totally at peace. It is a place where there are no emotions. No anger. No sadness. Only peace. It is an extremely meditative process.

What were some of the main albums you all listened to during writing and production?

Personally, I haven’t really been listening to music that often lately. I’ve heard one or two cool things that I liked in the past few years, but I am extremely careful not to draw influence from it. Authenticity is extremely important to me, even to the point where I am sometimes willing to sacrifice listening to a really talented band, just to avoid their influence in our music. I want truly authentic bands to do what they do and to be the Masters of their craft. Not a bunch of copycat bands that do it half as well and saturate the market so badly that it makes it harder for fans to discover the true pioneers of a genre. Obviously, there is give and take here. I have been influenced by bands in the past too, but I think there is a point where the art can be so watered down that it is utterly hollow and meaningless. I think we see a lot of that nowadays, and I’m not interested in contributing to that. Yes, I guess that makes me a music snob 😂😁

What are some of the lyrical themes to some of these songs? Do they follow any certain cohesion or are they meant to be their own unique entity?

The lyrics closely follow the thoughts and feelings of the main character in our 160 page story. In fact, they are his “journal” entries along the way. I won’t give away the deeper lyrical themes to allow listeners to extract personal meaning in them. However, I will tell you that even though our album cover has a girl on it, and even though the lyrics may sometimes suggest something about a girl, that is not what the lyrics are ultimately about – unless that is how the listener relates to it, personally. Overall, the album theme is much more broad and abstract, and it will mean different things to different people.

Any major plans to tour in order to support the release? If so, can we get some hints?

Journal has never really been a touring band. Just played shows here and there. We’ve had a fair amount of success just by utilizing the internet intelligently, plus some luck. I have to leave this sort of open-ended because it’s just hard to know what the future holds with this. We’ve been fortunate to share the stage with some pretty awesome bands over the years. Bands that I never expected we would get to play with, since we don’t have label support. We will just have to see what happens.

How difficult is it for you all to be independent musicians? Like in terms of getting your name out there, promotion for the album, booking of shows, etc.

I find the business side of music to be really irritating, which is probably a reason that our reach to potential fans has been Limited. I’ll take blame for that. There’s no way around it. I find creating the music to be extremely enjoyable. Shows can be fun. These interviews are fun. Getting feedback on the music is entertaining. Everything else is annoying to me Haha. We have been very fortunate over the years, however. We’ve almost always had people wanting us to play shows, actively seeking us out for that. In many cases, people are even willing to promote us for free. They want to. We obviously don’t have the budget to be paying people to promote us, so they usually do it just because they really like what we’re doing. Not having much of a budget is definitely a limiting factor in many ways. The upside to being an independent musician is that we get to do whatever we want, artistically, and I think a lot of fans appreciate that. We are not influenced by record label or some other entity trying to make money off of us. That makes the musical creation process a lot less stressful and much more enjoyable.

If you could take 3 bands on tour, past or present, who would they be?

What are some of your most anticipated albums of the year?

As I said before, I haven’t really been listening to much lately. And I might even be sort of out of touch with what things are coming out. I’ll have to get back to you on that.

Any words you’d like to give to the fans, both new and those who have been around anxiously awaiting new material for the past eight years?

I am extremely humbled by your support and enthusiasm for the music we play. I honestly thought that the few people who liked us would have forgotten about us by now. It feels great to know that others will embark on the journey that I’ve been on these past eight years, as expressed in our music. You have all been very patient, and I am very happy to finally share this album with you all!