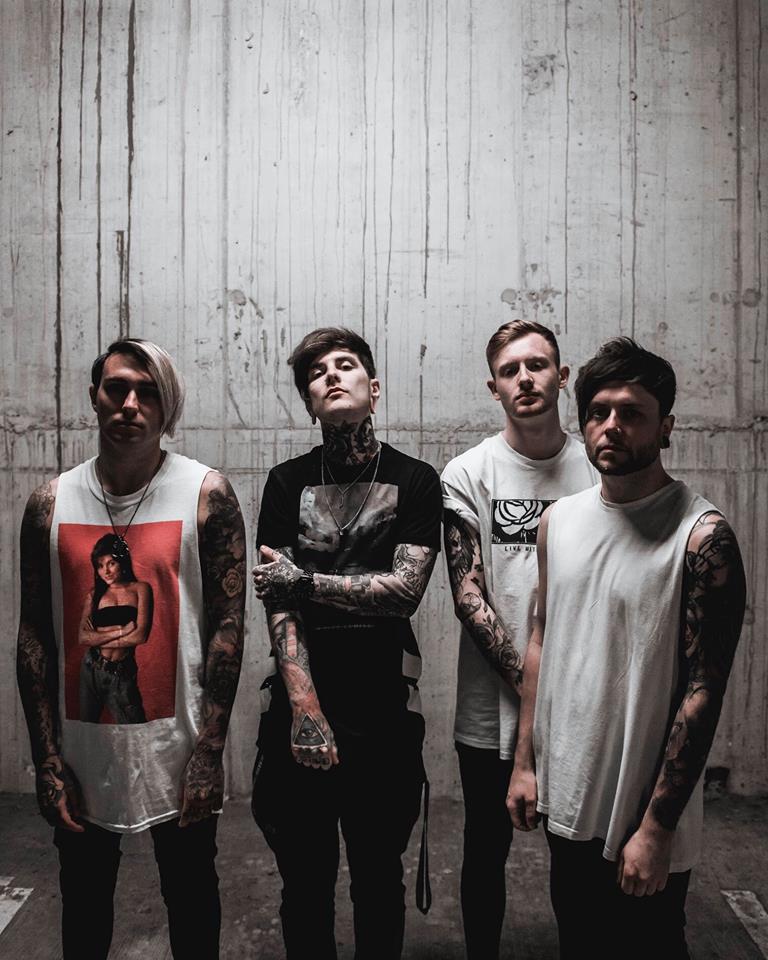 Liverpool-based alternative metal newcomers From Inside have unveiled a new music video for their song “Helpless”. The track is taken from the band’s forthcoming sophomore EP, When I’m Breathing Without You, which drops September 14th. The emerging foursome have also just announced a run of UK shows to coincide with the release.

The quartet launched themselves onto the scene at the beginning of 2017 with their debut single, “Find My Way”. The band’s debut EP The New Era soon followed, with their second single, “Be Yourself”, gaining even more attention. A sell-out hometown show sparked early momentum and the alternative crew proceeded to grow their fanbase, playing dates with WSTR, Loathe, and Holding Absence, as well as touring with Crazy Town and Slaves.