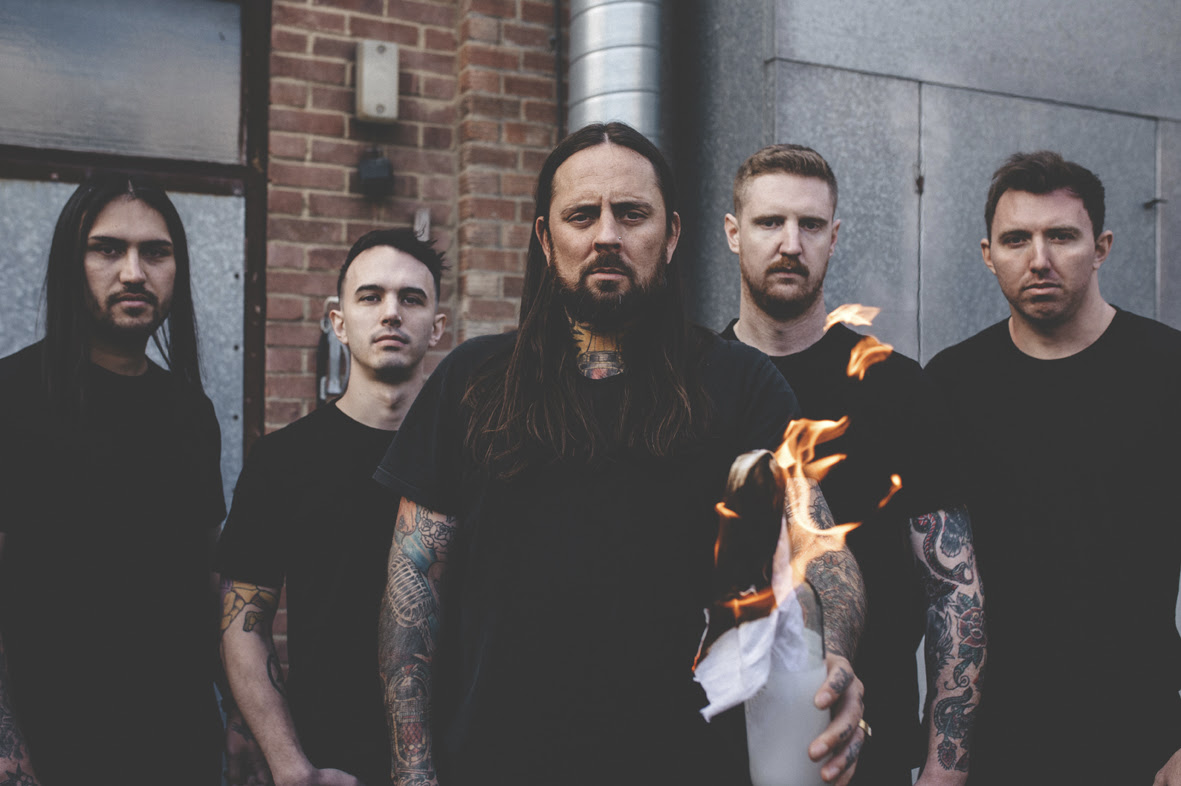 Thy Art Is Murder have delivered the music video for ‘Make America Hate Again’, the third single from the band’s upcoming fifth record, ‘Human Target’, set for release on July 26 via Nuclear Blast (ROW) and Human Warfare (AU/NZ). Watch the music video directed by Max Moore for the new track, below.

Guitarist Andy Marsh comments, “‘Whilst we collectively identify as a left leaning band, this song was not written to attack those who sit on the right side of the political sphere, but as a commentary on the tactics employed by both campaigns in the most recent US presidential election. These crusades of social warfare would surely succeed in one result regardless of the victor, making people hate one another.

The blood lust of the political spectator, armed with Fox, CNN and an iPhone, was satiated with aggressive slander filled debate and fake radicalized propaganda masquerading as news, where both sides of the field rallied to provoke. Identity politics spread like the wildfires of California, smoking out people of all creeds to be branded as red or blue.

Those on the regressive left may indeed have as much to answer for as their far right opponents for creating a heaving divide in the space of public discourse, and a sustaining sense of animosity among communities around America and abroad.

Polarizing leaders like Trump are, in part, a result of who we have become. Disconnected.”

‘Human Target’ was produced, engineered, mixed and mastered by Will Putney at Graphic Nature Audio in Belleville, NJ. The artwork was once again painted by Eliran Kantor (HATEBREED, TESTAMENT, ICED EARTH, SODOM).