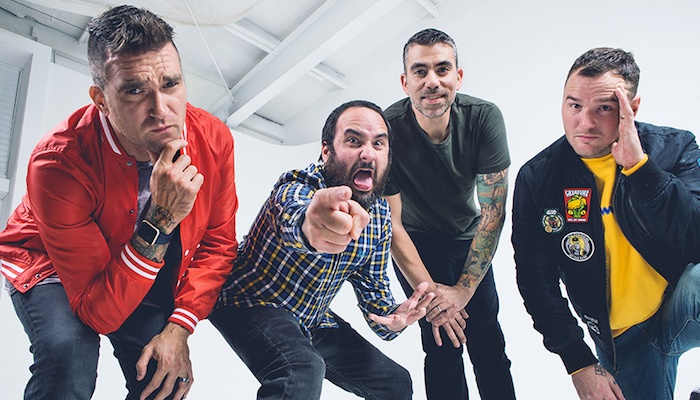 Veteran pop-punk band New Found Glory never seem to stop touring or recording music. The Florida favorites are here to make your winter a little less miserable by announcing “From The Screen To Your Stereo To Your Town” – coming (hopefully) to your town this summer.

END_OF_DOCUMENT_TOKEN_TO_BE_REPLACED Our staff photographer Alex was able to cover 1 of the 2 nights the Sick tour hit Chicago last week with New Found Glory, Bayside, The Movielife, and William Ryan Key. Check out photos of New Found Glory and Bayside below!

END_OF_DOCUMENT_TOKEN_TO_BE_REPLACED

New Found Glory and Bayside are a pop punk tour made in heaven. Having The Movielife and an ex-Yellowcard member in Ryan Key only tops this tour off with all 4 bands having a intertwined history together.

END_OF_DOCUMENT_TOKEN_TO_BE_REPLACED Eight full-length albums and 20 years into their careers, you pretty much know what you’re going to get from a New Found Glory record – solid pop-punk with lots of energy and even a little melodic hardcore influence (evident in their later material, most recently 2014’s Resurrection. This is by no means a bad thing – though the band never really set out to reinvent the wheel or anything like that, the Florida pop-punk veterans are as successful as they’ve ever been, interestingly trying out playing their albums in full on a recent tour.

While the band’s debut album and 2002 breakout album Sticks And Stones are likely New Found Glory’s most loved albums, it shouldn’t stop you from enjoying Catalyst and even Coming Home just the same. Given that the band has remained fairly consistent but has also continually evolved over the years, perhaps now is the time to watch a 3-minute video put together by Reckless Promotions, which charts the history of the band, starting with the fan favorite “Hit Or Miss”. If you’ve been a fan of the band for years (or are even a fairly recent newcomer to New Found Glory), this will probably be of interest of you. Their 9th studio album, Makes Me Sick, is out in 2 days.