If you’re in the music industry at all, or even a music lover, you probably know that leaking albums is, well, not a great idea. Publications have been blacklisted and even shut down for the simple act of early filesharing, which is never a good move. For instance, Underoath’s comeback record Erase Me, released earlier this year. It goes without saying that, if that record had been leaked weeks before release, the offending party probably would have been in a serious amount of trouble – if not facing likely financial penalties. Luckily, no publication was dumb enough to pull off something so brazen and foolish, otherwise they probably wouldn’t exist anymore. Thankfully, most people aren’t in the business of inviting backlash like that into their lives. Word travels fast in this industry, to be certain.

While records hitting the Internet prior to release date is inevitable at this point, there’s much more than meets the eye when it comes to protecting your favorite band’s new release. Luckily, Haulix is here to revolutionize the protection of their valuable assets. A full-service software company, Haulix is in the business of making the distribution of pre-release albums seamless. We’re excited to be chatting with the company’s founder, Matt Brown, in a conversation you can find below. And to answer the question – yes, you can be sued for leaking the wrong album early. So don’t do it.

Check out what Haulix has to offer here.

END_OF_DOCUMENT_TOKEN_TO_BE_REPLACED 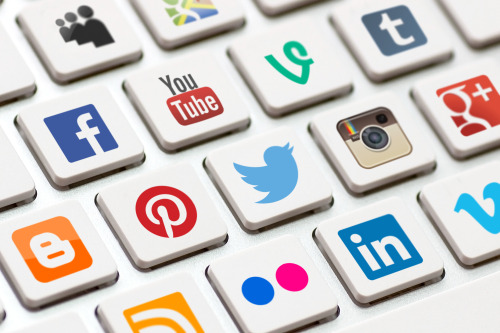 Most people who have an online presence rely on social media to further their product, to an extent. Twitter, Facebook, Instagram, and Pinterest have become staples of my personal life – running a business and not using at least a few of these is tantamount to career suicide. At the very least, you’re not maximizing your potential opportunities and traffic/profit margin. This also comes from someone who didn’t use Instagram until recently, and in the 6 months or so that I have, it’s helped TNF immensely.

Having been in the music industry for many years, I can confirm there’s certain bands/musicians who are nearly indebted to social media for at least part of their major popularity. Our friends at Haulix (for the uninitiated, Haulix is a web-based platform for promoting music to the media/publications, etc) recently posted 5 killer tips for improving your online/social media presence. I can especially testify to the usefulness of scheduling certain posts online – it’s a great way to not have to be constantly hovering over at a computer.