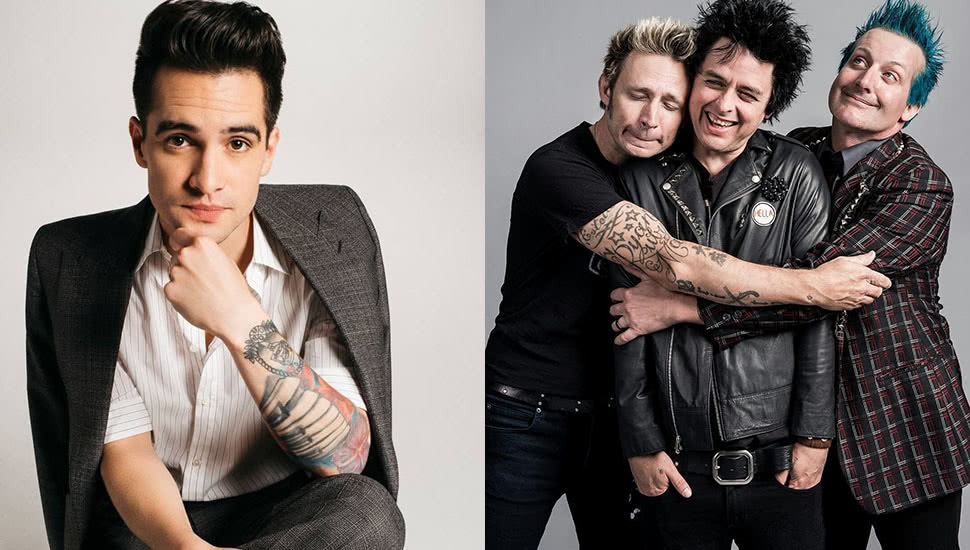 Panic! At The Disco mastermind Brendon Urie is more or less on top of the music world at this point, given that “High Hopes” – his biggest hit to date on the charts – is more or less inescapable almost anywhere you go. Given that he’s already worked with some massive talent in the recent past, would anyone really be surprised if Brendon worked with, say, Green Day?

Wait, that’s exactly who he’s eyeing for future musical collaborations. On a recent livestream where a Panic! fan said their life “would be made” if Green Day and Urie worked together, the frontman had this to say:

“I had the opportunity to meet him and the rest of the band – that was kinda crazy. I mean, Mike Dirnt is one of the nicest people I’ve ever met – as well as Tré. They’re all so kind. And this was at a party where hundreds – maybe even thousands – of people were in that room. It was just intense. And they’re so personable and very, very nice. And I would love to do music with them, because they’re just so fucking talented, and they had everything to do with me getting into punk rock.”

Of course, Urie is no stranger to collaborating with other artists. Having recently worked with Taylor Swift (a decent-sized pop star in her own right) on a new song, “ME!”, Brendon has also worked with Every Time I Die on the raucous “It Remembers” from their 2016 album Low Teens as well. Any chance for collaboration and music together is certainly always a good thing – especially for fans who can’t get enough of Urie’s voice.

Brendon Urie talking about how he’d love to collaborate with Green Day has me in tears pic.twitter.com/AXsJktAiU0