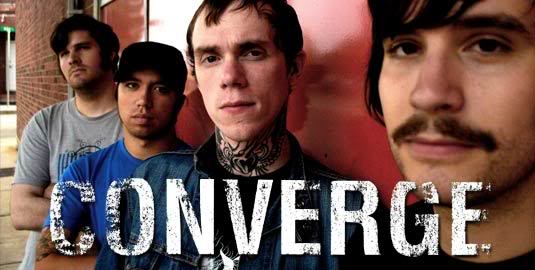 Converge’s 2006 album “No Heroes” is a gem, and totally underrated as well.

Nostalgia can often blind us from the fact that maybe, just maybe, our favorite albums growing up weren’t actually the most amazing things ever. But after witnessing Underoath play their unforgettable albums They’re Only Chasing Safety and 2006’s opus Define The Great Line live, I’ve been on the lookout for bands that should definitely be taking a trip around the throwback train, to grace us with the music us 20-somethings likely grew up on – or in some cases, never got around to checking out.

Here’s some fairly realistic choices for bands and albums we’d love to see played live, in full. Let’s be real, are we ever going to see Tool play 10,000 Days in full live? Probably not. In some cases, the albums aren’t necessarily iconic, but all of these were fairly popular for their time, and some were very commercially successful as well.

For Blood And Empire (Anti-Flag)

I’m partial to their previous album The Terror State, but growing up, For Blood And Empire was one of my favorite punk rock albums. Ignore the fact that it was released on major label RCA Records, and pay attention to the fact that it contains some of their catchiest songs in “The Press Corpse” and “War Sucks, Let’s Party!”.

The Troubled Stateside (Crime In Stereo)

Straddling the line between melodic hardcore and punk rock, I was late to the Crime In Stereo party, having only discovered them while seeing them open for Thrice and Brand New in November 2009. But that shouldn’t dilute the fact that 2006’s The Troubled Stateside is nearly a masterpiece, blending sharp political commentary with energetic, speedy rhythms. Its influence on the current crop of pop-punk, melodic hardcore, and punk rock bands can’t be overstated.

There’s always something about an opening track that gets me – and though Alexisonfire’s 3rd full-length, Crisis, isn’t my favorite from the band, it’s still a very effective album buoyed by obvious highlights (“Boiled Frogs”, the title track) and less obvious ones (“You Burn First”, “We Are The End”). Mid-2000’s post-hardcore never sounded so good.

I remember finding this album somewhere at a Christian music festival in Georgia the summer of 2006. Upon listening, I wasn’t disappointed in this monster of a modern rock record. It encapsulated all the feelings of doubt and questioning everything that a 16-year old like me often experiences. As I’ve gotten older, I’ve grown to appreciate more than just the singles here – tracks like “Let Go” (that hauntingly beautiful outro!) and “Break Me Down” are among the band’s best albums. The best part is, they’re still kicking it – 2015’s Of Beauty And Rage solidified Red as one of the most passionate rock bands out there.

The Always Open Mouth (Fear Before The March Of Flames)

The Always Open Mouth takes all the post-hardcore conventions you know and turns them over. FBTMOF really were one of the gems of the last decade. The best bands in the genre are definitely the ones unafraid to experiment with electronics, singing, and off-time rhythms – and the best part about TAOM is that none of the songs overstay their welcome (nothing more than 5 minutes long). God-tier.

Was 2006 a great year for modern rock or what? Anyway, here’s Breaking Benjamin’s 3rd full length – it’s also their most consistent too. Lack of filler helps, as does some great cover art, and standout songs like “Breath” and the underrated “Evil Angel” are fantastic too. Modern rock may be pretty stale in 2016, so Breaking Benjamin should play this album front to back to show everyone else how it’s done. They’re pretty damn good at it.

It’s not Jane Doe. It’s not All We Love We Leave Behind. But it is heavy and intense as fuck. All hail Converge, one of the most important bands in heavy music today.

What did we miss here? Are there any (somewhat realistic) albums you’d like to see 10 year anniversary tours for? Sound off in the comments.