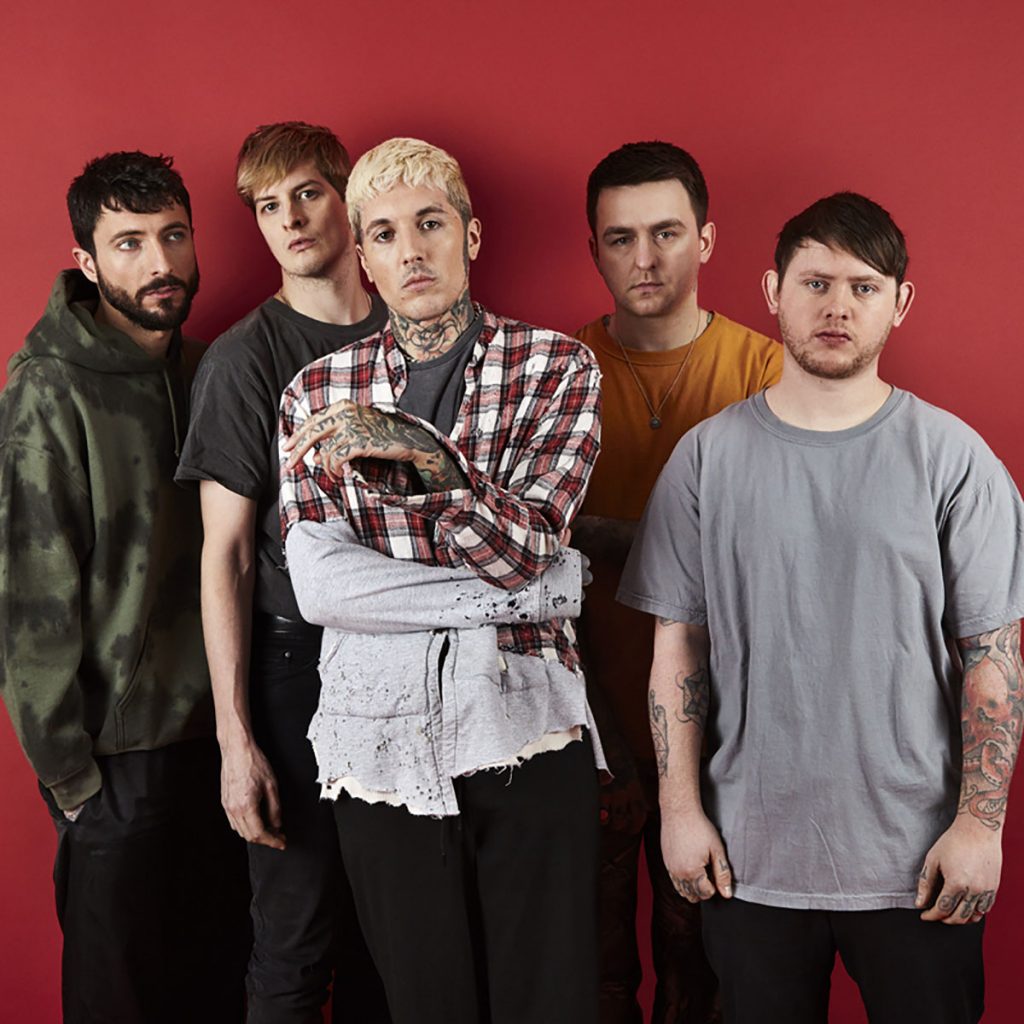 Without too many exceptions, the biggest and most successful bands + musicians are also the ones who appeal to the widest variety of audiences, instead of a narrow subsect of fans. It really shouldn’t be that much of a surprise that Bring Me The Horizon’s success is predicated on this as well, considering their audience and fanbase goes all the way back from deathcore-loving scene kids to fans of modern, electronically-tinged pop-rock of today.

In a new feature for Kerrang!, Fish recently discussed 10 songs that had a huge impact on his life, from the likes of pop-punk heroes Green Day, to legendary soul singers like Luther Vandross, to (not surprisingly) heaping helpings of nu-metal.

Speaking about a major show that changed his life, Jordan Fish discussed a pivotal moment in his love for nu-metal:

“Deftones, Linkin Park and Taproot on the Back To School Tour at the Docklands Arena in London was the first gig I went to that I really remember appreciating. I was so excited to go, and it was the coolest show, thankfully. I remember it all so vividly. Deftones’ production was amazing. It was just after [2000 album] White Pony came out, and they had this huge flag with a little white pony on it, which engulfed the whole stage. Nu-metal was at its height back then, and what I saw that night blew my mind.”

Fish also had plenty to say about Green Day, including the first song he ever learned to play:

“Everyone seems to learn how to play Basket Case or Smoke On The Water by Deep Purple when they start out playing music. I started getting into rock music when I was around 12 years old, so I too tried playing the easy shit like Green Day first. Once I was 14, I really wanted to be in a nu-metal band, which I did end up doing, but I got downgraded to bass and then downgraded again to keyboard because I wasn’t very good at bass. And, er, that’s still where I am now!”

Notably, a lot of these nu-metal influences seep into their mid-period work, especially on 2013’s career-defining Sempiternal record. Seriously, listen to the rhythmic chugs on “Shadow Moses” or the bold electronic experimentation the band has always injected their music with for proof.