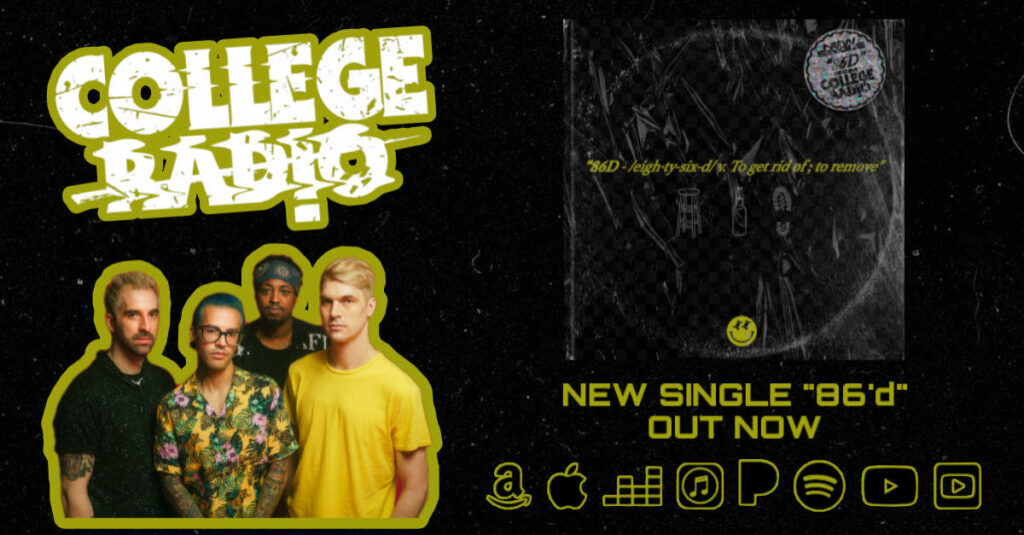 Washington pop-punk band College Radio have been putting out a steady stream of music in the genre for the last few years now. With new singles arriving fairly regularly, it’s a smart strategy that’s adapting to a new musical climate while also not skimping on quality. Their sound nods to the past with influences from the greats, but it’s still a good modern spin on the genre as well. So this isn’t some band that’s just riding on a nostalgic sound.

The band’s new single, “86’d”, is a good representation of their sound. Modern yet classic at the same time, it’s pretty unlikely you won’t be listening to this one for a minute. Give it a spin below.