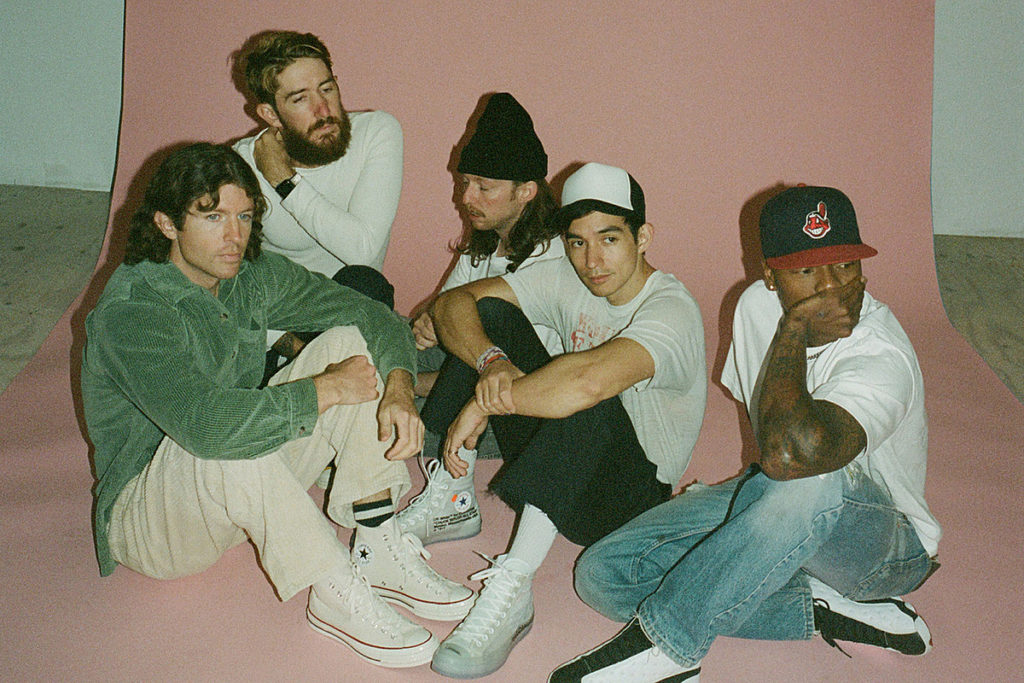 In 2012, Turnstile were a new band on the scene that toured and played shows with some of hardcore’s burgeoning bands. Some of them managed to become stars eventually, especially in the case of bands like Code Orange and Touche Amore. Turnstile certainly have, and interestingly, they’ve managed to do it without major alterations to their sound. Of course, collaborating with the likes of Blood Orange and appearing on national TV is a big deal, but the original spirit of the band is certainly still there.

Last year’s successful Glow On album, however, brought the band their most success to date. In fact, the band hasn’t released any new music in a year now, yet the commercial and critical success of it (and some major tours this year) have made Turnstile impossible to ignore.

In fact, Turnstile have now reached levels that are seemingly unfathomable for bands in their genre – a nice round number of just over one million monthly Spotify listeners. Perhaps much of the success has to do with the band’s branching out, both musically and artistically speaking. Having always carried prominent influences from other genres (hip-hop, shoegaze, even dream pop at times), they’re clearly able to see the obvious upsides of touring with diverse artists, too.

Over the past few years or so, Turnstile has played with hip-hop’s JPEGMAFIA, Citizen, One Step Closer, Turnstile, The Story So Far, and countless other diverse artists that span various genres in the music scene. And it’s almost certain that this is intentional. Much like bands like Knocked Loose and Code Orange that do similar things, it’s not a surprise to see this kind of growth happening. It’s this cross-pollination of music that helps get hip-hop aficionados into rock and hardcore, and vice versa.

For Turnstile, one million is just a nice round number that helps validate the years they’ve put into the band becoming a self-sustaining entity.