For those of you who don’t know, Seattle, Washington based label Sub Pop Records just celebrated their 25th anniversary. In honor of that we have compiled an epic top ten list of what we fell is their greatest releases spanning over that 25 years.

One of Sub Pop’s earliest releases, this record is loaded with chunky, filthy guitars and Mark Arm’s abrasive screams. Although this cracked-out record and its infamous single “Touch Me I’m Sick” has stuck around for decades, the band has unfortunately faded away to borderline irrelevance, at least in comparison. That said, Superfuzz Bigmuff proved critically important in making the transition from hardcore punk into the grunge movement, and is accordingly the most essential (if not the most important) Sub Pop release.

Another project of Mark Arm’s (Jeff Ament and Stone Gossard as well), Green River ended a year before Nirvana’s first record. Their riffing is tight and infectious as hell, as Arm gives the mic everything he’s got. Kickass solos and choruses fly in from every direction and the listener’s left more than prepared to listen through the entire grunge movement.

Although often overlooked because of the hit records that followed its release, Bleach is an animal completely different from anything else Nirvana ever put out. More rabid, strange, and rooted in vitriolic hardcore punk, it completely epitomized everything that the band originally set out to be, as the massive popular success of Nevermind was exactly what Cobain didn’t want. If you’re looking for the essence of grunge at its earliest stages, this record is the place to look.

SDRE in general, not even just this record, is completely antithetical to Earth, and maybe even Green River and Mudhoney as well, to a lesser extent. The lyrics are serious poetry, and the music is full of passion and diversity. The band is comprised of markedly talented songwriters and instrumentalists, and the payoff is incredibly rewarding as they manage to take you on a seamless journey through their emotions, from track to track.

With a lineup consisting of nothing more than one bass player and one guitar player, what other genre could Earth be other than brain-frying drone/doom? The music is pure, dirty noise, littered with riffs that sound like Black Sabbath slowed down x10. It’s unbelievably repetitive, with nothing more than the riff’s tempo slightly changing for about fifteen minutes on the first track, for example. But, for a seasoned listener, the repetitiveness will just further entrance and hypnotize your mind until the song completely overtakes you unlike any other band can (at least not as effectively as Earth can).

Slow and depressive, Codeine’s magnum opus is a colossal journey through subtle melodic elements and overall highly simplistic structure, almost like a more treble-oriented Earth. The record involves relatively sharp shifts between smooth and distorted guitar tones, a dynamic pattern largely unexplored by any predecessors. Since its release, it has been a huge influence on many significant post-rock/slowcore acts including Mogwai, Shipping News, and Low.

Although it’s only a single, Poison Idea’s “Taken By Surprise” would be a sin to overlook. While groups like Green River and Mudhoney explored hardcore punk influence, only Poison Idea truly grabbed hardcore by the horns for an all-out punk rock assault. Drawing influence from both crossover and classic proto-punk this single and the full length record for which it was released, groove and throw punches all over the place, making it almost as catchy as it is angry.

Released long before any of the band’s more popular records, the Screaming Life EP still holds as an excellent example of the slowed-down, moody punk/metal hybrid of quintessential grunge. Chris Cornell’s vocals are some of the best in the game, and bring an entirely different perspective to Kim Thayil’s metallic riffage. The two interplay and make some unforgettably catchy hooks, licks, and choruses.

The band’s second full length record, following their self titled and their first (and only) release through Sub Pop, is a distinct progression from the more simplistic, straightforward style of their debut while still retaining a definitively organic root. The lyrics are written from an exclusively female perspective, further contributing to the record’s overall intrigue and general non-conformity characteristic of a sort of Sub Pop dogma.

This record, although not necessarily groundbreaking by any means, has stood the test of time because of both its pleasantly natural diversity, and its consistent moody undertones. The singing is always calm and relaxed, contributing to a peaceful lo-fi atmosphere whether the guitars are crunchy or acoustic. 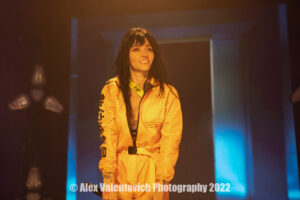 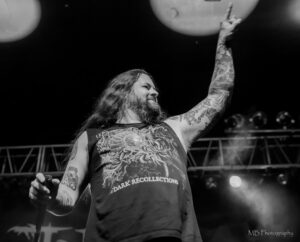