We’re always on the search for new music here at TNF HQ, and if there’s anything we’re really excited to introduce you to, it’s bands with only 3 members. The iconic power trio, as it were, always seems to put out intriguing music – and Brooklyn alt-rock/post-punk band Castle Black is no exception. The bands plays an interesting style of alt-rock that draws from Sonic Youth and L7, so if riot grrl bands are your thing (they should be!), this band might be right up your alley.

While the band’s upcoming EP Dead In A Dream actually drops this Friday, we’re stoked to bring you the pre-release premiere of the EP, which you can hear below – along with a brief Q&A session by Leigh Celent.

About the upcoming EP, Leigh had this to say:

“We decided to take the idea from 2018’s the gods that adored you a step further. With the gods, we partitioned the EP into two parts, as a way to differentiate one chunk of songs from the other on the album, and as a way to better express how we saw the album thematically. With Dead in a Dream, we are releasing this EP in advance of the full EP, Take Her My Life. Take Her My Life will include both mini-EPs: Dead in a Dream and Born in a Dream.

Sonically, I think we did move even further in the direction of Part 2 Adored of the gods, and I think with Joey Russo on drums for the first time on Dead in a Dream, he took us even further in that direction sonically, beyond that direction. I think a lot of the themes of this album also build on previous themes, but they also go beyond those previous themes in a way that I’m not even sure that I understand. So maybe this EP is just about going beyond, and there are lots of interpretations of that idea.”

Why did you decide to release new material in the form of two 3-song EPs, instead of just a single, longer EP?

The Dead in a Dream EP is being released first, and makes up half of the larger EP slated for release later this year, Take Her My Life. Take Her My Life will also include the second part of the EP, Born in a Dream. Basically, we decided to take the idea from 2018’s the gods that adored you a step further. With the gods, we partitioned the EP into two parts, as a way to differentiate one chunk of songs from the other on the album, and as a way to better express how we saw the album thematically.

We obviously could have just released the whole 2019 EP at one time and that would have been a very reasonable and perfectly fine way to do it. However, I think we just wanted something more, something different for this album, and something that logically flowed with what we started with the gods. This approach gives us the ability to release more into the world in smaller chunks, and allows us to spend more time with a few songs at a time. It allows us to still keep up other aspects of the band, while also acknowledging the changing music environment in terms of how a lot of people now consume music. Of course, time and money come into play as well, but they are both are inextricably linked to the other reasons. With this year’s releases, we are just putting a kind of dramatic pause in between the two parts of the larger EP.

What if none of us were Sonic Youth fans?! That would have been interesting. I’m the Sonic Youth fan of the band so I can answer this as best I can, just know that I think less in terms of favorites and more in terms of things (albums in this case) that I really like. Also, I’d love to receive the detailed personality analysis based on my picks here, as a follow-up to this question!

It’s more difficult financially than ever before for musicians to dedicate time to their craft. What’s the biggest challenge you’ve faced as music moves further towards streaming?

I think as music has moved further towards streaming it’s been a challenge just to reconcile the feelings involved with deciding to place your music on streaming platforms that cater so little to the artist and that seem to essentially exist not because of a love for music or for helping lesser known artists, but because of a love for money and power. We know the reality, that a good number of people are only going to stream music, and at the end of the day, that amounts to pennies per stream for us, when we’ve put so much of ourselves into these albums (not to mention a lot of time and money). It is a challenge to know how to deal with this issue or to make it better, knowing that things are moving more in the direction of streaming, yet knowing how unfair the business model actually is to the artist. While we do have our music available for streaming, we do try to have other outlets for our music – we sell CDs and vinyl at our shows, and we hope that the people listening to those formats continue to grow. As long as people are still interested in buying those mediums, we will make sure we have them available.

What makes an album truly great to you?

I think what makes an album great to me is when it’s one that I want to listen to, start to finish. It’s one where I have the desire to listen to it again and again, over time. All of the songs have staying power, and the album itself is what I remember. Of course there can be great songs on a not so (subjectively) great album, but for the album as a whole to be great for me, I’d need to remember it and want to hear it again. I feel like albums that I consider great come to mind when I’m feeling a certain way or am wanting to hear a certain sound, even if I haven’t listened to them in a while. 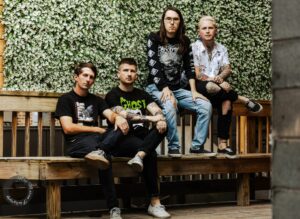 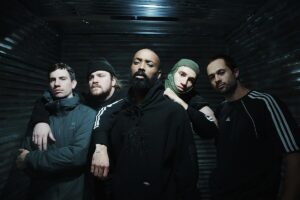 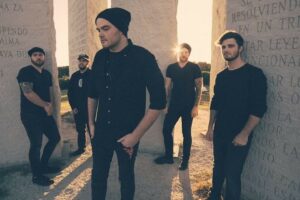