Though the band had a big fanbase prior to its release, the single release of “Feel Nothing” from The Plot In You helped their stature explode. The lead single off their 2018 album Dispose, its subject matter is all too relatable to anyone who’s ever had a close relationship where you feel (or don’t, in this case). Combine that with its accessible yet emotional sound, and you can tell why it’s their signature song.

Considering the song was already popular, it would be silly to call it “the TikTok song”. However, the song going viral undoubtedly helped things, as it reached 100 million streams on Spotify in June. It’s now gained almost 40 million streams on the platform since then, and its meteoric success has made it the band’s first RIAA Gold-certified single in their history. 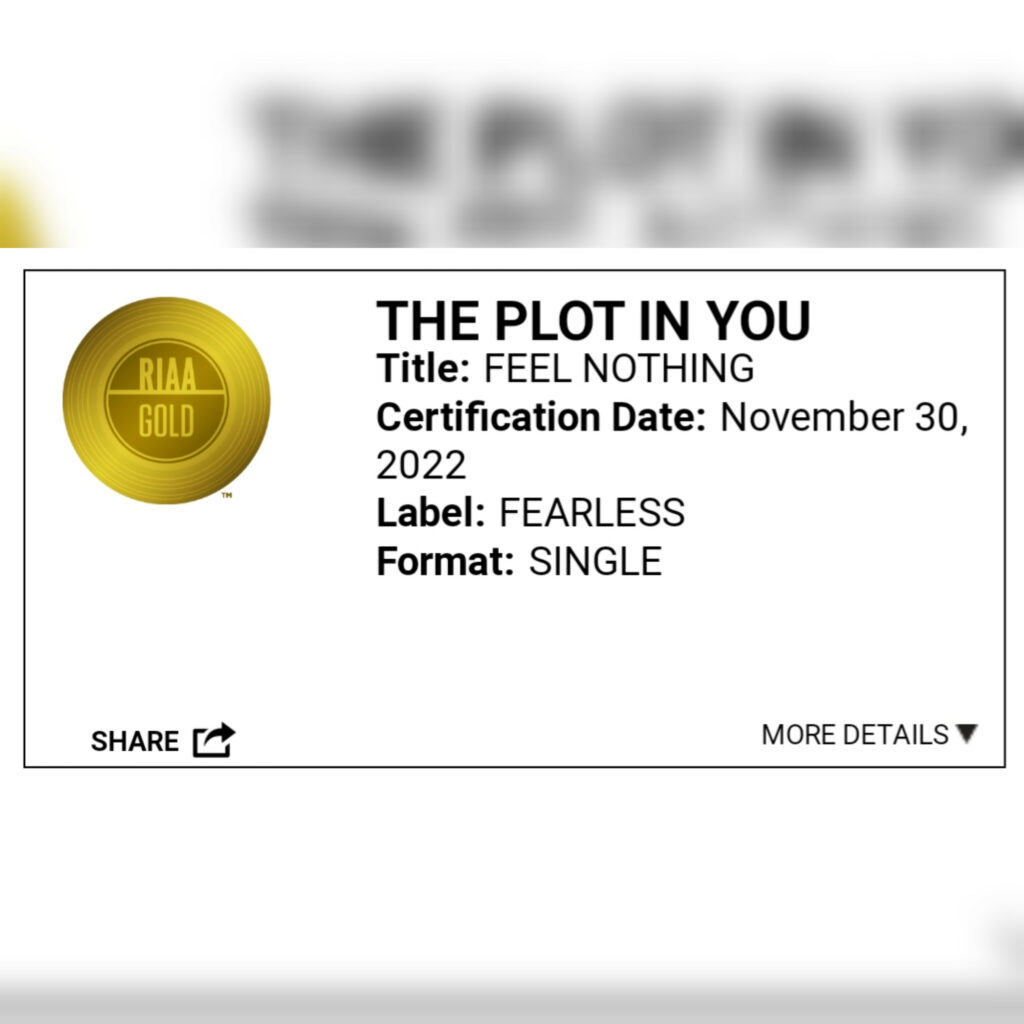 This is obviously a big accomplishment for any band, especially one that’s still growing. It’s an even bigger one considering it’s barely five years old, and also because most bands in post-hardcore // metalcore do not sell a ton of albums. Any way you slice it, extremely impressive stuff here.