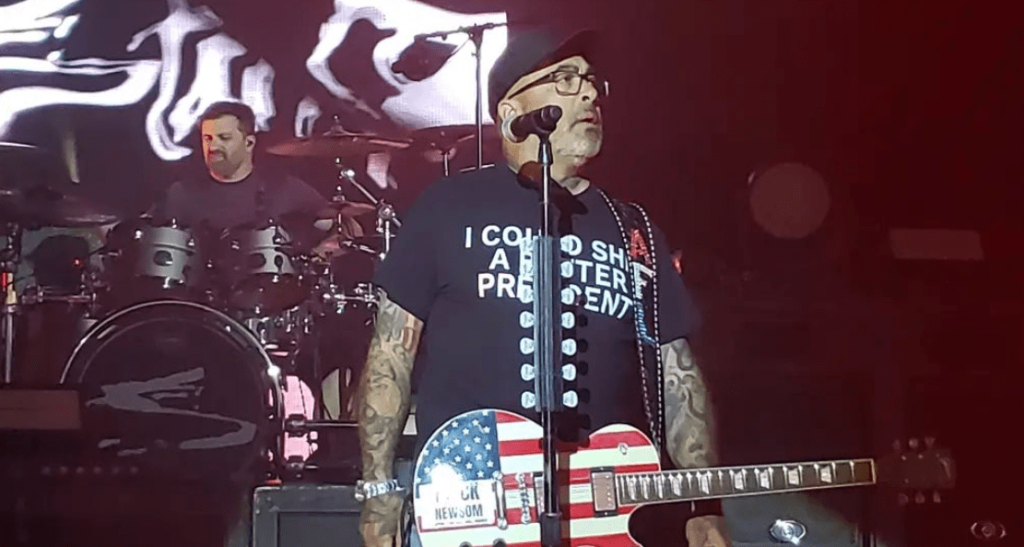 When it comes to unhinged rants at his concerts, Staind’s Aaron Lewis puts the likes of even bands like For Today to shame. Over the last few years and since his faux-country career has taken off (the grift is on, like Donkey Kong!), Lewis has made his solo tours more like political theatre (with plenty of pandering to the right-wing demographic that country music mostly consists of).

At a recent show in Roanoke, VA, where Lewis performed his “Am I The Only One” track (he couldn’t even be bothered to include a question mark at the end of the song title), he went on yet another highly-educated rant discussing fentanyl, the Constitution, and even the trans community (the latter is as disgusting as you can probably imagine).

The medical science expert, who’s had plenty to say in the past about things like Ivermectin and political policies, has gone completely off the rails now. Special thanks to ThePRP.com, who transcribed the entire thing.

“We have all lost our connection with the Constitution. Because if we knew the Constitution and the Bill Of Rights, we would know that it clearly states that it’s our responsibility as we the people to take back a country governed by tyrannical people. They have proven that they have business whatsoever as the representatives of us. All those people that sit in Washington, D.C., in the grand scheme of things not all that fucking far from here. I can almost smell them in the air. It smells like fucking treason, is what it smells like. It smells like they’re blaming us for an insurrection that they committed.

We the people. It’s a very strong statement right there. No other country’s documents that create that country starts with ‘we the people’. It doesn’t.

Here’s another thing: is it just me or have you noticed that we’re the only country in the world that has a fentanyl problem? No, it’s like for real. Have you noticed that? There isn’t another country on the face of the earth that is losing thousands of people a week to fentanyl. It seems like a war is going on without us even knowing it, doesn’t it? Go look. Go look.

Even the fucking idiots that choose to spout all their anti-America, anti-family, anti-everything bullshit. Because you know what? As much as I don’t wanna hear it, they’re free to say it. But I’ll tell you what right now — freedom goes in all directions. Which means that you’re free to be an asshole. You’re free to be completely deranged and off in your own fucking universe.

You’re free to be a man and slice your fucking penis in half and fucking scrape all the seeds out like a cucumber and fold it all back up inside you. You know what? You’re still a man that’s just fucking self-mutilated himself. You can do all that, and I will stand up for you, because I believe in your freedom to be able to do that even though I don’t agree with you at all.

That’s the difference. They wanna shut us up and shut us down. And I wanna fight for the same fucking freedoms that they love. The ability to be able to say shit like that and not have the government show up at your door the next fucking day.

This is our country — not the government’s. We have every right to remove them.”

We’re pretty sure this man’s never been to medical school. How long will it be until his fellow Staind bandmates get sick of his shit, though?