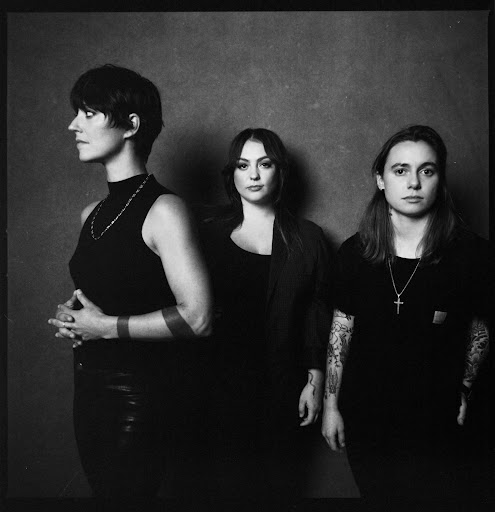 Sharon Van Etten, Angel Olsen, & Julien Baker have announced a huge 3 piece co-headline tour for this summer titled “The Wild Hearts” tour. This tour will see all 3 songwriters performing a set with their own bands on one stage. Playing at mostly outdoor venues as well will make this an evening under the stars fans soon won’t be forgetting. Special guest Spencer will open all dates and tickets go on sale this Friday, January 14th.

“I’m so thrilled to be traveling and playing music alongside Spencer., Julien Baker and Sharon Van Etten. It’s truly a dream, something to hold and share collaboratively as we get out from under the last few years. I know for fans it’s something different and special too, and for me, it’s sort of like a caravan summer camp-a chance to get to know other artists in a deeper way and talk about music and life and how it affects us all as we move forward. Most of all, I am excited to sing live again, in an open and real way, both alone and together with my tourmates.”
– Angel Olsen
“Sharon and Angel are artists that I have genuinely admired for many years and whose music has honestly informed much of my own writing and music making, and I’m thrilled to be sharing a stage with them every night. I think after interacting with their recorded work separately so much, it will be special to get to learn from them as we share the space of performance.”
– Julien Baker
“Our aim is to strengthen our respective communities and promote camaraderie in the music world in a safe and enjoyable environment while supporting, A New Way Of Life, an organization that we feel is making genuine impact for the underserved. We have carefully chosen the venues we think will deliver the best experience for us and our fans. I look up to Angel and have the deepest admiration for Julien and Spencer.. It is an honor, to say the least, to be able to share the stage with such talent on a tour across North America.”
– Sharon Van Etten
The Wild Hearts Tour Dates
Thu. Jul. 21 – Vienna, VA @ Wolf Trap Center For the Performing Arts *
Fri. Jul. 22 – Asheville, NC @ Rabbit Rabbit *
Sat. Jul. 23 – Nashville, TN @ Ryman Auditorium
Mon. Jul. 25 – Austin, TX @ Moody Amphitheater *
Fri. Jul. 29 – Los Angeles, CA @ Greek Theatre *
Sat. Jul 30 – Berkeley, Ca @ Greek Theatre *
Tu. Aug. 2 – Troutdale, OR @ McMenamins Edgefield Amphitheater *
Wed. Aug. 3 – Redmond, WA @ Marymoor Amphitheater *
Fri. Aug. 5 – Boise, ID @ Idaho Botanical Garden *
Sat. Aug. 6 – Salt Lake City, UT @ TBA *
Sun. Aug. 7 – Denver, CO @ Sculpture Park *
Tue. Aug. 9 – Minneapolis, MN @ Surly Brewing Festival Field *
Wed. Aug 10 – Chicago, IL @ TBA *
Thu. Aug. 11 – Kalamazoo, MI @ Bell’s Eccentric Cafe *
Fri. Aug. 12 – Toronto, ON @ Massey Hall
Mon. Aug. 15 – Shelburne, VT @ The Green at Shelburne Museum *
Tue. Aug. 16 – LaFayette, NY @ Beak & Skiff Apple Orchards *
Thu. Aug. 18 – Boston, MA @ Leader Bank Pavilion *
Fri. Aug. 19 – Philadelphia, PA @ Skyline Stage at The Mann *
Sun. Aug. 21 – New York, NY @ Central Park Summerstage *
* = with Spencer.
Tags: 2022 Angel Olson Julien Baker Music News Sharon Van Etten Tour Tour dates Tour News