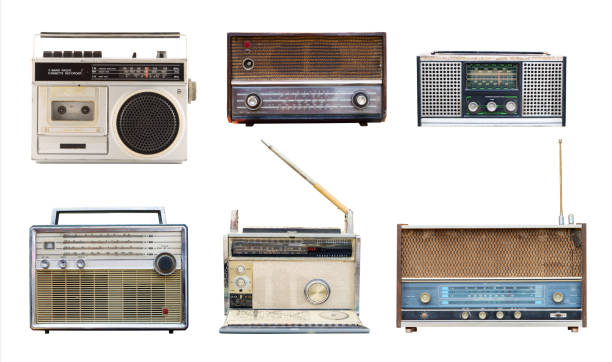 There´s a new tendency around the world, consisting in a particular way of reliving some really interesting moments in radio history, a sort of time machine that allows for some to listen carefully to an idea, or for some others to share it with friends and expand their ideas. This new movement is called Podcasts, and they are indeed one of the best ideas that came to “save” radio from its impending disappearance, since they made it much more interesting, as a sort of “YouTube” of audio, where you can select what do you want to hear, and even better, you can choose when to listen to it.

There are some radios that became pioneers in this new method of attracting listeners, and of course the big ones couldn´t stay away from it, so they´ve joined this tendency, like for example London´s BBC. Without a doubt one of the most requested radios not only in Britain, but also in the World, since it´s one of the most prestigious radios there is, and their content is always a great way to learn more, but also to ponder about some of those important topics in the news.

And there is where the magic of podcasts get into play, you can listen to an idea over and over and meditate about it as you share it in the family dinner, or just by yourself, when you are returning home after a long day, or maybe when you are about to go to bed. The choice is yours with podcasting, and that´s maybe of the key elements that made them so interesting for so many people, listen to whatever you want, when you want, and as many times as necessary.

It makes perfect sense that an important radio as BBC turns to this technology, as we live in an era in which social media and royalty free music mark what is going to be important, and of course, global media such as this British radio has to run behind those tendencies. There´s no better way in this technological era, that being able to present your content in capsules that people can access at any given time, not only at the beginning or the half of the hour, now those “news junkies” can tune in to a continuous of podcasts with compressed information hour by hour and learn what was going on in England and the rest of the World in a few minutes.

The fact that many global media including BBC are “tuning in” to this new tendency is more than a proof of the significance of social media and the widespread of technology as a very powerful ally to increase the levels of audience of any given media. As was said earlier, particularly for radio, since the owners of old school radios no longer are the majority, in fact, it´s really hard to see a radio in any house. Maybe in some of your grandparents, but they are also making the transition and watching YouTube, or hours and hours of content in reels videos.

So with the technical device that allowed any home to listen to any given frequency disappearing, the only way to listen to these radios was in the car. But even there, the margins are really low in terms of audience, since more and more cars come with the possibility to auto link with your phone allowing to listen to music or any given podcast. That´s another reason why podcasting seems to be so important for radios as BBC, since the habit of listening to the radio in the car is also running really thin, leaving these media no choice but to join the tendency or disappear.

It´s really unlikely that such a big media like London´s BBC might close their doors in a short timeline, but it will be out of audience if they don´t start modifying their habits to become more prepared to what is coming in the horizon. As many experts reveal that in the following years only technology related devices will be the main form of consuming anything, from information to music, and even for buying anything, it makes sense to make such dramatic changes and abandon those old ways and adopting the tendencies.
Eventually all radios will be transmitted as podcasts, since the audience is clearly moving that way, and as more and more media outlets turn to mobile devices, the fate of those not ready or not willing to make changes in the way to approach their audiences is inevitably the end. In fact, according to the most recent data, hundreds of thousands radios have closed their doors in the last 10 years, with the perspective that many more will continue to close their doors in the following years.

Of course, podcasting is that life jacket that many radios have found to be a really effective way to keep their head afloat, and those in much higher places watched with intrigue as the water was rising, giving them a little more time to prepare for such event. This lead to BBC now being an active “podcaster”, allowing those fans to reach them with ease, and for those interested in news, but with a short span of time to listen to them, podcasts are the perfect tool.