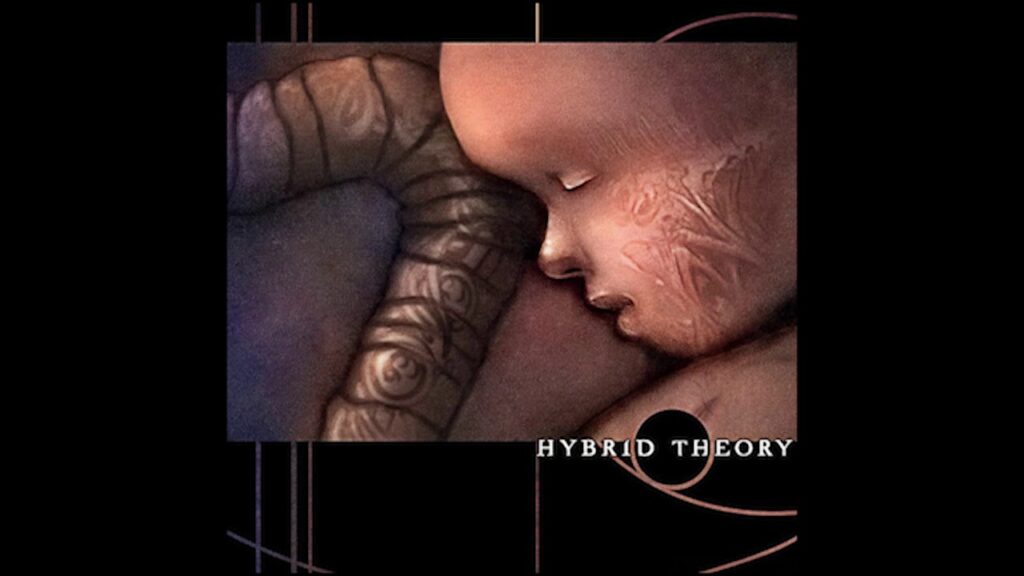 Almost 18 months before their proper debut full-length Hybrid Theory made them burgeoning global superstars, a relatively unknown band from California, the band by the same name, released their self-titled EP. You know them as Linkin Park today.

For those not in the know, Linkin Park was originally known as Hybrid Theory – at least before they were forced to change their name after an English electronic duo, Hybrid, was using a similar name. Coming up with a new name was fairly easy for the band – using Lincoln Park in Santa Monica, California (now renamed), and then renaming it “Linkin” to obtain the domain name www.linkinpark.com. Prescient move, that one.

The Hybrid Theory EP was circulated by both the Internet as well as the band’s “street team”, which helped even the score against bands with far more resources than Linkin Park had at the time. Utilizing chat rooms and approaching like-minded bands of the scene at the time like Korn and Limp Bizkit, the band’s approach to the Internet and file-sharing was a wise one. This was just a few years before Metallica and Napster publicly came to blows regarding file-sharing, and for a band like LP with very little in the way of resources, it enabled the band to garner a sizable fanbase before even a full-length album was released.

Just before the release of their Hybrid Theory EP in 1999, Linkin Park were still playing to small crowds. Between the time of their Xero demo in 1997 and the 1999 EP, it was common for the band to play shows with bands like Incubus and Hoobastank, as well as even the likes of System Of A Down. As those bands pulled in record deals and gained success, though, Linkin Park had to wait a bit.

Consider the music climate of the late ’90s, as well. Other acts in the scene like Korn, Limp Bizkit, Deftones, and Coal Chamber were getting signed at a rapid pace, and most of them were garnering commercial success as well. In fact, CD sales reached an all-time peak in 1999, resulting in bands like Bizkit and Creed (not nu-metal, but you know what we’re saying) selling millions of albums seemingly overnight. Thankfully, Linkin Park stuck to their guns and didn’t try to copy other acts – though one could have hardly faulted them for doing so.

It was their embrace of the Internet and filesharing that had the most effect, initially. Even before getting signed to Warner Bros. Records after numerous failed attempts, this was around the time where the Internet was fast becoming a huge deal for tech startups, networking, and even early forms of social media. It’s this kind of development that even modern bands could learn from, although from different perspectives.

On the Hybrid Theory EP, though, the musical seeds for the band were sown as well. The title itself is a dead giveaway to the stylistic blend of sounds comprised throughout the EP, with the band’s trademark rap, rock, and electronic blend coming to fruition. The six tracks that comprised the EP, especially “Carousel” and “And One”, would become fan favorites – though rarely saw live performances after the EP release. In particular, “Step Up” was a callout to the popular trend of inserting hip-hop into alternative music without respect for the artform. There’s also the short instrumental track “Technique”, which showcased Joseph Hahn’s obvious DJ skills, while “And One” kept with the band’s themes of alienation and dealing with dark emotions – a showcase for the synergy between Chester Bennington and Mike Shinoda. The latter was also the first song ever written after Chester Bennington joined the band.

Barely 18 months after the EP was released, Linkin Park’s futuristic blend of genres would result in Hybrid Theory – the band’s debut full-length album that’s sold tens of millions of copies worldwide. They were THE biggest rock band of 2001 – and it all stemmed from years of frustration, rejection, and persistence. No money, hardly any fans – just pure passion.