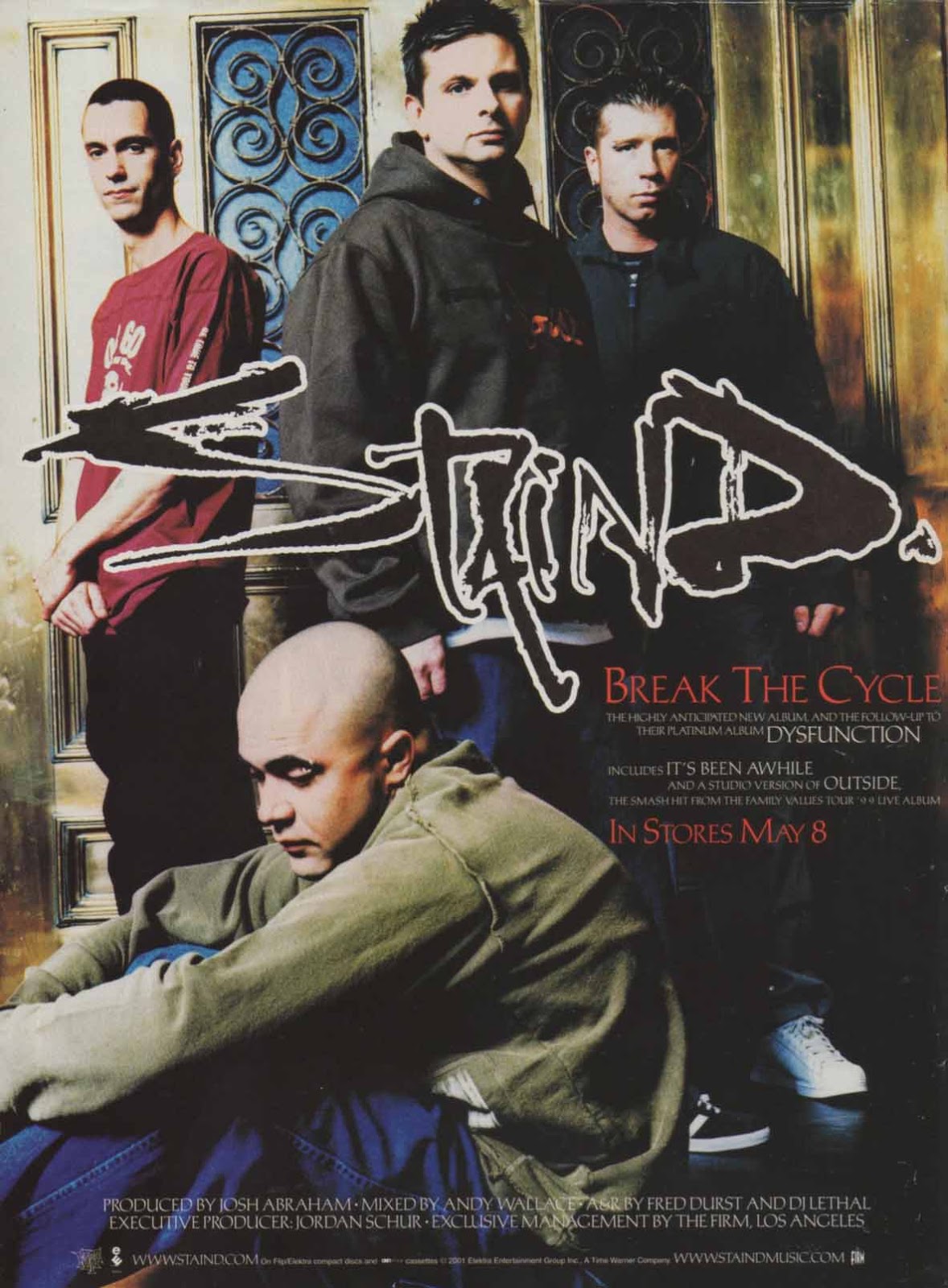 Splitting the difference between nu-metal and post-grunge, Break The Cycle showed a distinct evolution in the way Staind wrote songs. Released in 2001, it’s easily their most successful album (debuting with over 750k sold first week), and shows a different side to the band. One that wasn’t always for the better (later material relied on ballads even more), but even so, it’s an accomplished record considering the pressure the band was under at the time.

That “Pressure” began in 1999 on the Family Values Tour, when a live version of future hit “Outside” rocketed up radio charts that same year. That meteoric rise also put the band under the gun, so to speak, for their next record. The ballad was officially “in” for nu-metal.

Break The Cycle ended up reaching the top of the charts for multiple weeks. It’s not hard to see why, either. The band clearly expanded on what they created with Dysfunction, with more ballads and mid-tempo songs than they attempted previously. Certainly, there’s heavier tracks here, like “Can’t Believe” and the solid “Pressure”, all driven by Aaron Lewis’s developing voice – but it’s both two huge hits and a few more underrated songs that drive Break The Cycle.

Both “It’s Been Awhile” and “Outside” were almost inescapable hits in the early 2000’s. It’s no surprise, they’re both great tracks underpinned by explosively catchy choruses and acoustic guitars. However, it’s songs like bleak album opener “Open Your Eyes” and the underrated, passionate “Epiphany” that truly drive this album. We haven’t even dive into the tribute to a fan who committed suicide on “Waste”, and parental abandonment on “For You”.

While this record foreshadowed their later reliance on ballads and mid tempo tracks, the ones on Break The Cycle are generally top-tier. Filled with emotion and willingly evolving their core sound, Break The Cycle is Staind’s greatest achievement – and one that holds up today, too.