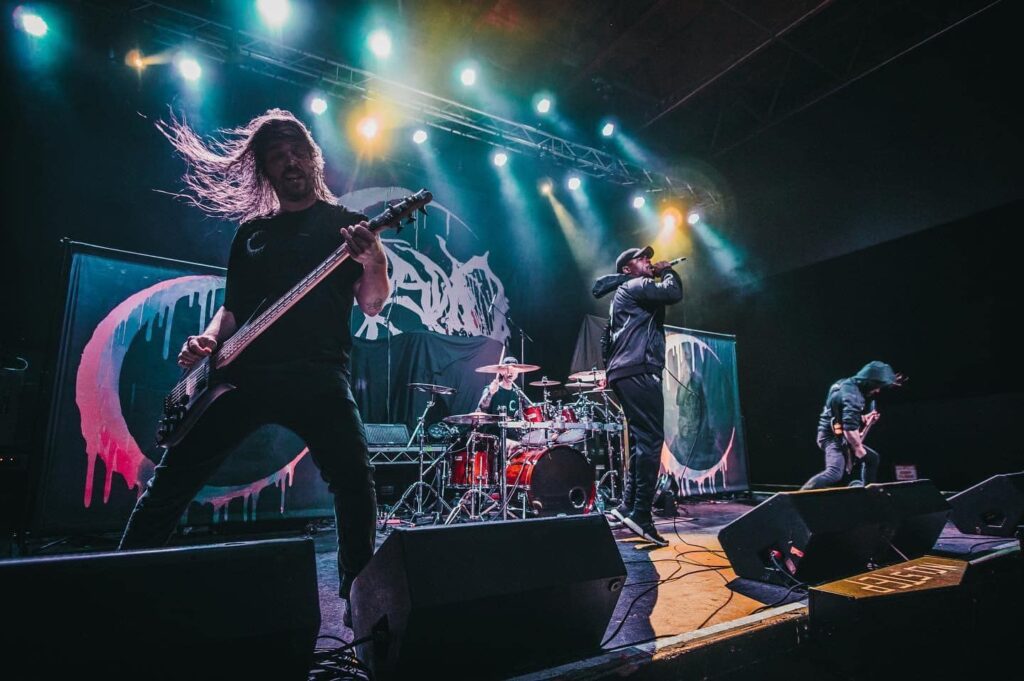 Generally speaking, you know what you’re getting when you hear an Oceano song. Breakdowns galore, moshpit-inducing riffs, and Adam Warren’s unmistakable vocals all add up to one of deathcore fans’ favorite acts. However, it’s been five years since the band released an album – does “Mass Produced”, the band’s first new song in quite a while, live up to the hype?

That’s up to you, the listener, to decide. It goes pretty hard, though, to be honest. Seriously, Adam Warren’s vocals are ridiculous and definitely one of the main draws to the band. I mean if you’re not compelled to mosh hearing “Mass Produced”, what are you even doing?