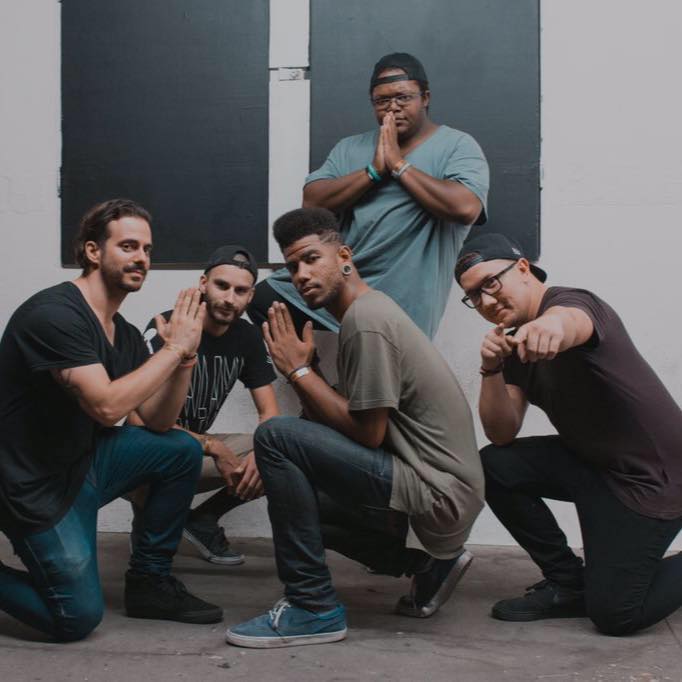 “Modern Disco” represents a definite sonic shift for Amarionette, but one that I think is extremely well-executed. As soon as I heard that funky lead guitar and Quin’s smooth vocal performance, I could tell this song would be something very different from the band. What inspired you guys to go in this direction musically?

NR: I’ve been listening to a lot of different 80’s retrowave/darkwave styles of music lately and I thought it would be really cool to incorporate that into like a funk/rock/80’s sound so to speak.

I think we all sort of wanted a breath of fresh air in regards to what we’ve been doing for so long. I love mostly everything that we’ve ever put out, especially Repeating History. But with that being said, I knew it was time to change up our sound a bit and experiment with other styles of music.

What made you decide to release this song as a single? Is it going to be off an upcoming album, or is it a standalone release?

NR: Well, it’s kind of a funny story. Our producer, Stephan Hawkes from Interlace Audio out in Portland, OR happened to be in Vegas for a couple of days and he met up with Ron and myself just to catch up. We got to talking a bit and I showed him the rough demo for Modern Disco and he was all about it, and he said, “you guys need to release this before the summer ends. It’s a perfect summer single, and this new sound is a perfect blend of that pop/rock sound you’re going for without turning off old fans.”

So really if it wasn’t for him we probably wouldn’t be trying out this new route. But he loved the production that we had been working on and he told us to just send him the raw tracks and he’s mixing and mastering it now.

Would you say the other material you’re currently working on is similar to “Modern Disco”, closer to your previous work, or more of a mix?

NR: It’s definitely a mixture of both. I pretty much had an albums worth of material ready when Repeating History was released, but started writing more of this Disco/80’s sounding stuff in the last 9 months. The key here for us is to try and figure out a good blend of both styles of songs for the album.

How far along in the process for the next album are you guys? When can we expect to hear more new music?

NR: We probably have around 25 songs to choose from, 18 of them already partially recorded. I can definitely say it’s gonna be a really fun record. Lots of different sounds and a very cool concept. We’ll keep you posted, but I’d say by the end of this year or early next year we’ll have a new release out. We’re gonna release more singles ASAP though.