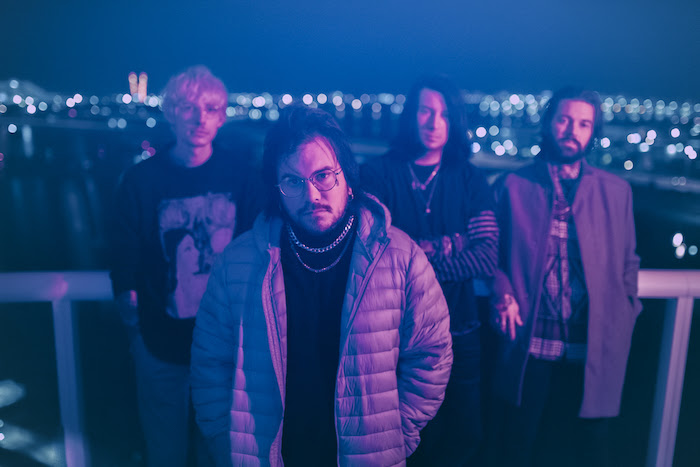 When we first introduced you to Moodring almost a year ago, the alt-rock/shoegaze band was just finding their feet with debut single “Show Me The Real You”. A debut EP later, the band is now on UNFD Records and gaining traction fast – in a worldwide sense. Combining alt-rock, shoegaze, and a dash of nu-metal influences, it’s easy to see why Moodring have made such an impact over the last 12 months – and there’s certainly more to come.

With new single “Disintegrate”, that time has indeed come. While carrying on much of what made their debut EP a stellar piece of work, “Disintegrate” really does manage to channel some of the greats of the scene (Deftones, Loathe, Teenage Wrist) in a way that’s also not copying any of the aforementioned bands. Simply put, this band is a fucking MOOD.

“The sound of Moodring derives from an eclectic mix of genres, but it’s when we can contrast these differences within one song that we really thrive, and I think this track is a key example of that,” says Hunter; “On the surface the song is this beautiful, epic “gazer”, but lyrically it delves into much heavier subjects, such as the hopelessness one can feel when everything you pursue seems constantly out of your grasp, and the nihilistic tendencies that I think everyone can lean into at times. Everyone has regrets, but it is regret for the things we did not do that is truly inconsolable.”