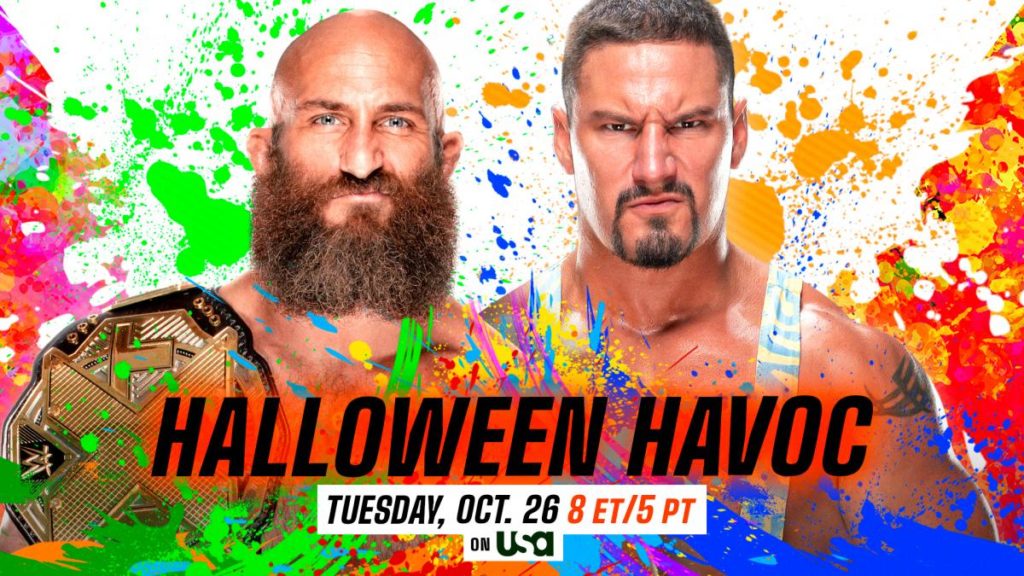 A very fun, very chaotic, but very messy ladder match. Some really fun spots and moments but some really serious and close calls here that could have gone so much worse. Io’s ladder spot was brutal.

Pretty much a glorified squash match. Gacy looked good though.

Just an okay match. Vastly different sizes between Jones and Strong. Was just too short for any momentum to really get going.

A solid match but a train wreck also. Both women looked strong here taking a fair amount of damage. It was just a messy match though, spots looked odd and like they did’t hit right. Having it be a trick or treat match but not Halloween themed it odd too.

A fun match even though the lumberjack aspect wasn’t great here. MSK got their really good spots and high flying moves in. Imperium as always is great and worked together as a team well to avoid MSKs moves. Nothing groundbreaking here but a fun match.

Shockingly much better than expected. Ciampa had to play aggressive the entire match as Breakker came off as hungry for the belt and kicked out of many moves. It was smart too because Breakker came off of here looking like he can hold his own in a long singles match and as tough with Ciampa needing a flurry of big moves and finishers to put him down for the count.