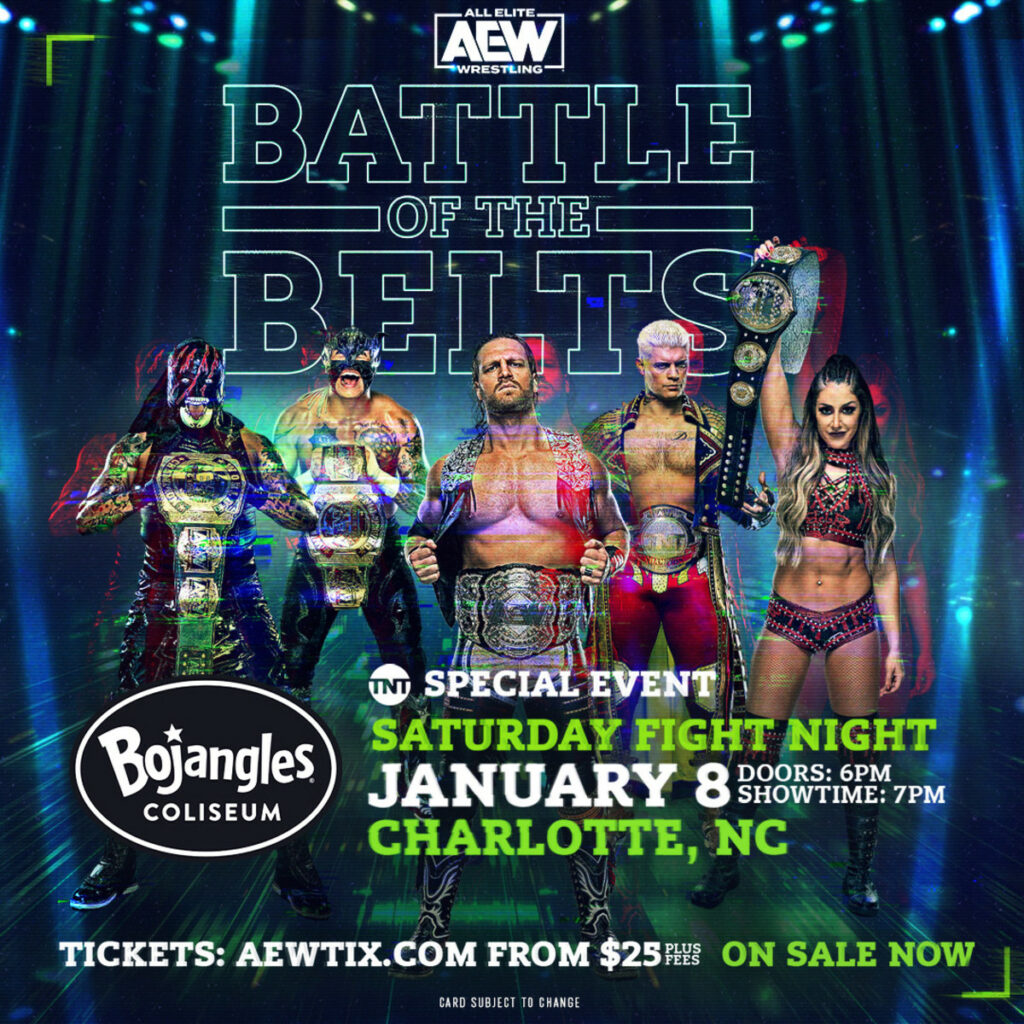 Battle Of The Belts

A fun match that had its faults. Sammy really needs to figure out how to make the thigh slap not the most noticeable thing in ring as it was in this match. The table spot was great but for being a normal match felt odd they resorted to it. A lot of kick outs from big moves too. Dustin went great here though and proves he can still go just as good if not better than he always did.

The FTW belt is pretty much pointless in AEW so no one really cared here. There was no story really going into it and the match was nothing more but average and basic so no one was truly invested in it. Starks isn’t really over with the crowd yet and Sydal is pretty much only around to make young talent look good so everything was just kept to an average pace.

A good match that continued what could be long term booking with Britt going against Hayter. Riho is over and looked good here having to pretty much act as a 1 on 3 at times. There were just too many spots where the ref is made to look dumb and outside interference was openly allowed with almost no repercussions until the end.