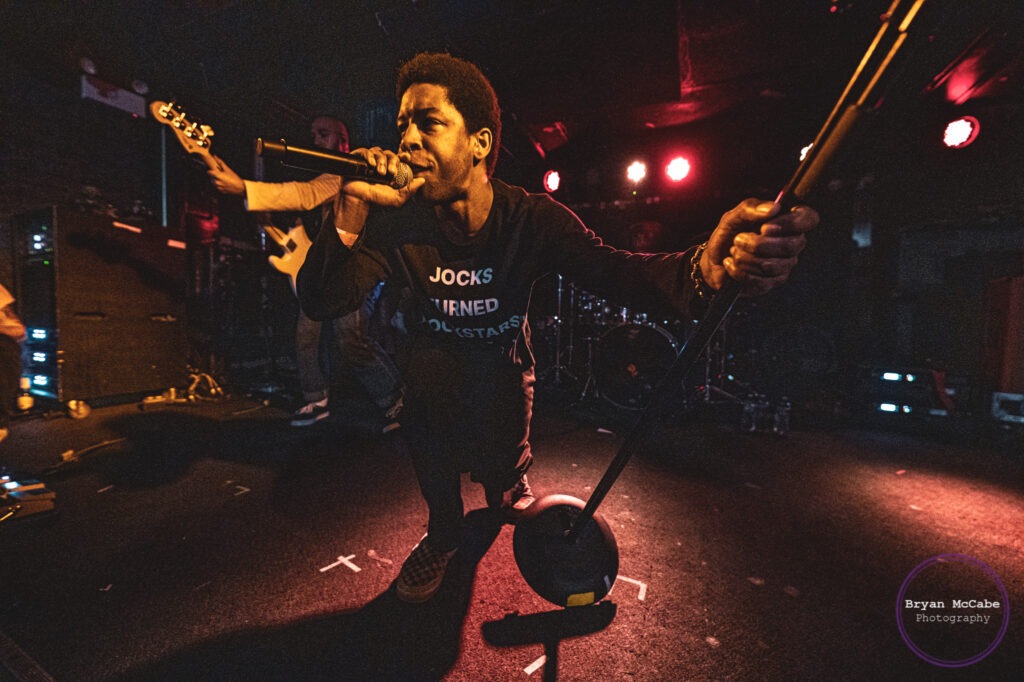 Lollapalooza is cool and all, but no matter what, you’re going to be watching your favorite artist from at least 30 feet away while in a crowd of tens of thousands of people. Plus, unless you’re one of the die hard fans waiting at a stage for the entire day, that 30 feet is going to be more like hundreds of feet away from the stage. Luckily, one of the great things about dozens of bands being in town during the 4 day festival are the numerous after shows that pop up throughout the city of Chicago. These shows are your best chance at seeing your favorite artist in a truly intimate setting.

KennyHoopla was one such artist playing the iconic festival that announced a late night show with up and coming band Meet Me @ The Altar at Chicago’s Subterranean, a tiny 250 capacity venue. This was exactly the kind of show for truly passionate fans to get up close and personal with the artists that they love. Before the doors even opened, fans were lined up around the corner eagerly waiting to get through the doors to claim a prime spot right up against the stage.

With the room quickly nearing capacity not long after the doors opened, Meet Me @ The Altar took the stage and instantly got the crowd moshing and crowd surfing to their upbeat pop punk music that can musically be compared to the likes of Set Your Goals or The Wonder Years. Guitarist Téa Campbell can absolutely tear it up on guitar with great punky hooks with some kick ass lead lines thrown in for good measure. Téa’s playing perfectly compliments vocalist Edith Victoria’s energetic pop-punk vocal style. The band took the opportunity of this more intimate show to try out quite a few new unreleased songs. Judging by the crowd’s reaction, once those songs get a proper release, they’ll be some of the band’s best songs yet. Meet Me @ The Altar capped off a super solid set with fan favorite “Garden”.

Now that the sold out crowd was thoroughly warmed up, it was time for the best and most genuine of the Tarvis Barker-core projects (yes I’m calling it Travis Barker-core), KennyHoopla to take the stage. The members of his band ran onto the stage tearing into “silence is also an answer//” before Kenny came bursting out with his typical frenzied excitement. Instantly the crowd surged forward and was screaming every word just as loud as Kenny. His music can best be described as a mixture of pop punk like Blink-182 and post punk like Joy Division. He has no problem changing styles from song to song. Kenny was giving it his all the entire night. Holding hands with fans while they sang his songs together, jumping out into the crowd to sing while he crowd surfed, even doing a backflip to open up his most popular song to date, “estella//”. The man leaves every bit of his heart and energy on the stage when he performs, and it makes for an incredible concert experience. As a true testament to how great his shows are, several fans that I spoke to throughout the night said this would be their second or third time seeing him just this year alone. He’s kicking off another U.S. tour in a month, so definitely check it out if you get a chance.